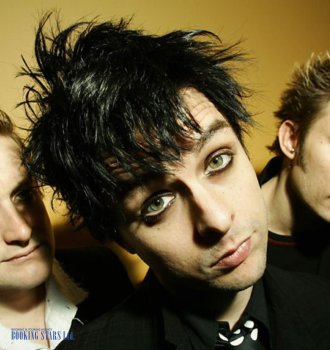 The rock band Green Day was formed in California, in 1986. The current lineup includes Billie Joe Armstrong, Mike Dirnt, and Tre Cool. The band holds 91 awards, including 5 Grammies and 4 MTV Europe Music Awards. It’s most famous for such hits as “Good Riddance (Time of Your Life”, “American Idiot”, “Boulevard of Broken Dreams”, and “21 Guns”.

The band was initially formed by Billie Joe Armstrong and Mike Dirnt, who named it Sweet Children. In 1988, they were joined by John Kiffmeyer and changed the name to Green Day. Some fans believe that the name came from the band members’ weed-smoking habit. Initially, the band performed in nightclubs.

In 1989, they recorded their first EP 1,000 Hours at the studio Lookout Records. The band went on to record 2 studio albums 39/smooth and Kerpunk. All of their initial work was unsuccessful. Kerpunk, however, attracted some attention to the group and resulted in signing a contract with Reprise Records.

In 1994, the band released their third LP Dookie, which was a huge hit, entering a variety of charts and reaching the 2nd spot on Billboard 200. The LP was certified diamond by RCIAA and MC, eventually selling over 20 million copies worldwide.

In 1995, Green day released their fourth album Insomniac, which was different from Dookie thanks to its sharp, heavy, and aggressive sound. Green Day didn’t want to become one of those bands that were swallowed by show business. The LP was less successful than Dookie selling 10 times fewer copies but still making it into the charts and reaching impressive spots.

In 1999, the band gave their first live acoustic concert at Neil Young’s Bridge School Benefit. Soon the band started recording a new album Warning, which was less successful than their previous work. The LP was later called a “goodbye” album since it was overwhelmed by the pop music.

In 2004, the band released American Idiot, which was a huge success. It was nominated for 7 Grammies but won just one for the Best Rock Album. Besides, the LP brought the band MTV Music and People’s Choice Award.

The band went on to record 5 more LPs, the latest one to date being Revolution Radio (2016). The LP topped Billboard 200 and UK Albums Chart. Green Day continues to record new songs and performs live. 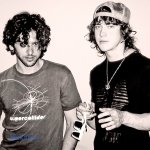