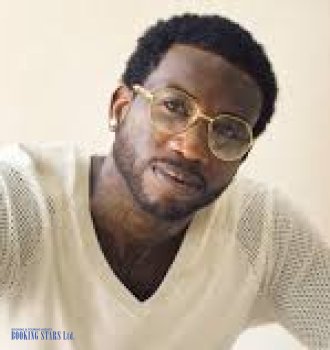 Radric Delantic Davis was born on 12 February 1980 in Alabama. He had a tough childhood. Even though Davis loved music, he began a career of a drug dealer when he was just 13 years old. This eventually led to his arrest in 2001. After the release, Radric decided to stop dealing drugs and devote his life to music. That’s when he started calling himself Gucci Mane.

In 2005, Davis released his debut studio album Trap House. The LP topped Billboard Heatseekers Album chart. A year later, the rapper released another LP Hard to Kill, which included a single "Freaky Gurl". The song made it to the 12th spot of Hot Rap Tracks, the 19th spot of Hot R&B/Hip-Hop Songs, and the 62nd spot on Billboard Hot 100.

In 2007, Gucci Mane signed a deal with Atlantic Records and released his first commercially successful LP Back to the Trap House.

At the end of 2009, Radric recorded another successful album The State vs. Radric Davis. The lead single “Wasted” reached the 36th spot on Billboard Hot 100 and made it to the 3rd spot on Hot R&B/Hip-Hop Songs and Rap Songs charts.

In 2010, Davis violated parole and was arrested. After being released in September, he recorded a new album The Appeal: Georgia’s Most Wanted. In November, Mane was arrested one more time for driving without a license and many other charges. Then the judge sent him to a psychiatric hospital, where he stayed until 2011. Due to frequent arrests, Gucci Mane wasn’t attending any private events the fans invited him to.

In March 2011, Mane released his 8th studio LP The Return of Mr. Zone 6. It debuted on the 18th spot of Billboard 200 and the second spot of Rap Albums Chart. In August Gucci Mane and Waka Flocka Flame recorded Ferrari Boyz, which made it to the 21st spot of Billboard 200.

In 2013, Mane was arrested several times. He was charged with aggravated assault after attacking one of his fans. Then he started drug dealing again. As a result, in 2014, he was arrested for firearm possession. He was eventually paroled in 2016. More than half a dozen of Mane’s albums were released while he was behind bars

On the next day after leaving jail, Mane released a new single "First Day Out Tha Feds". In July, he recorded his 9th studio LP Everybody Looking. In September, he participated in recording Rae Sremmurd’s "Black Beatles", which topped Billboard Hot 100.

In 2017, he released two studio LPs. One of them was Mr. Davis, which included Gucci’s most successful song to date "I Get the Bag". The second one wasEl Gato: The Human Glacier.

The new LP The Evil Genius is expected to be released in 2018.