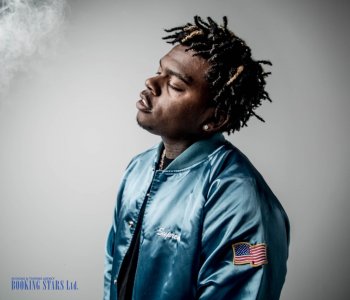 Gunna - Sergio Javanni Kitchens, better known as Gunna, is an American rapper and singer. Best known for his collaborations with Young Thug and Lil Baby, he is signed to Thug's label YSL Records as well as 300 Entertainment and Atlantic Records. His debut studio album, Drip or Drown 2, was released on February 22, 2019. Wikipedia

Kitchens was born in College Park, Georgia. He grew up with his mother and four older brothers. He started writing songs at the age of fifteen. He grew up listening to Cam'ron, Chingy, Outkast and others. Kitchens attended Langston Hughes High School. In 2013, Gunna released his debut mixtape Hard Body under the moniker Yung Gunna.

On June 3, 2018, Gunna and his DJ traveled to Jonesboro, Arkansas to perform at the Diamond Grill. They lost their way and asked the policeman for the way. As the officer drove past the gray SUV, he smelled marijuana, ecstasy and other drugs. He immediately searched the car and found a box of marijuana in them. Gunna and his DJ were arrested. They were released on $ 2,500 bail the next day and were due to return to court on July 27.

Gunna was nominated for a 2020 Grammy for Best Performance with Lil Baby and Gunna, “Drip Too Hard”