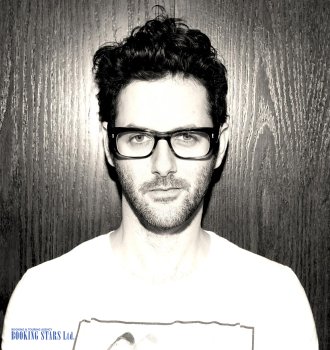 Guy Gerber was born in 1974 in Israel. He is an electronic DJ, producer, and musician. When he was 15, Gerber was playing for a local football team. While polishing his ball playing skills, Gerber started looking toward guitar, drum machines, and synths. He realized that a career as a football player is going on the back burner.

If someone would have told Gerber when he was 15 years old that he would quit football, he would have been very surprised. In just a few years after kicking the ball in the local team, Gerber turned into a talented musician and producer. The music hobby quickly became a passion and football was completely forgotten. By listening to such bands as Joy Division, Soft Cell, The Beach Boys, and Sonic Youth, Guy managed to develop a unique understanding of music which affected his growth in the music industry. Thanks to their influence, Guy created his own unique music style, which was a mix of strong and deep moods and futurists bass sounds.

Even before Guy became popular on the world music arena, he was very successful in Israel. He earned several local awards as Israel’s Best Electronic Artist (2003) and Best Electronic Producer (2003). Gerber received approvals from local critics while working with such famous choreographers as Ohad Naharin and Sharon Eval.

Guy Geber is not just the person responsible for fun and exciting minutes spent on the dance floors of the most respected clubs in the world. He is a person, who creates high-quality music. His single “Stoppage Time” recorded with Bedrock Records became a worldwide hit and an anthem of the Cocoon club, Ibiza, and Secretsundaze club in London.

Gerber travels all over the world and gives concerts at some of the largest music festivals, such as MUTEK in Detroit, Sonar in Barcelona, God’s Kitchen in Great Britain. He went on tours with Richie Hawtin, Tiefschwarz, and Mathew Jonson, which allowed him to become even more popular.

Guy is working on his career and collaborating with such labels as King Street, Kinky Vinyl, Alternative Route, and Bedrock. He recorded one studio album and a variety of singles and remixes. While traveling the world, Guy finds time to create new music.