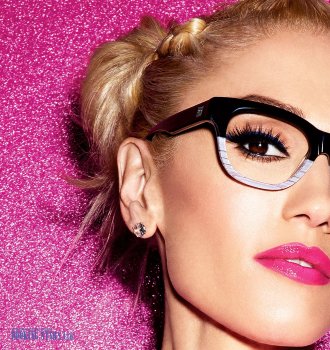 Gwen Stefani was born on October 3, 1969, in California. She is a singer, a songwriter, a designer, and an actress. Gwen is mostly famous for her songs “Don’t Speak” (as part of No Doubt), “Rich Girls”, “Hollaback Girl”, and “The Sweet Escape”. She holds various music awards, including a Grammy and four MTV awards. Gwen was always interested in music and wrote songs ever she was 17. Eventually, she managed to build a music an impressive career.

In 1986, the band No Doubt was established by Gwen’s older brother Eric and his friend John Spence. Eric invited Gwen to be the co-vocalist. However, after the lead vocalist John Spence committed suicide, Gwen took his place. It took a while for the band to become famous. First two albums were practically failures. Their third album Tragic Kingdom became a hit. It included such hits as “Don’t Speak” and “Just a Girl”. Gwen participated in recording two more albums with No Doubt, Rock Steady and Return of Saturn.

In 2000, Stefani made a decision to pursue a solo career. Her first solo single “South Side” reached 14th spot on Billboard Hot 100. The next single “Let me Blow Ya Mind”, recorded with Eve made it into various music charts and reached the 2nd spot of Billboard Hot 100. This song brought Gwen a Grammy award.

In 2004, Gwen released her first album Love.Angel.Music.Baby. The LP became a big hit. It sold over 7 million copies worldwide, received over a dozen platinum certifications, reached the 5th spot on Billboard 200 and Canadian Albums Chart and topped Australian Albums Chart.

In 2006, Stefani released her second studio album The Sweet Escape. The album sold 1.7 million copies worldwide and received seven platinum certificates. It reached the 3rd spot on Billboard 200. A single from that album with the same name became a big hit. It placed 2nd on the Billboard Hot 100 and entered the top-10 of various European charts, as well as Australian and Canadian singles charts.

In 2016, Stefani recorded her third album This is What The Truth Feels Like. The LP topped Billboard 200 and already sold 76,000 copies in the US. Besides her music career, Gwen tried herself in acting. She is currently recording new songs and gives live concerts.

Gwen Stefani is the best choice for your birthday party or any other corporate event! Fill in the application form on our website and enjoy the band's performance!