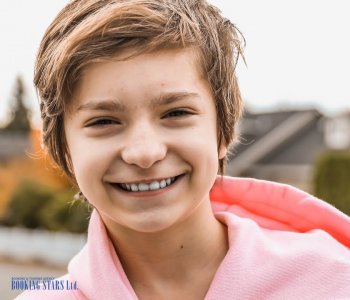 The allegations against Patrick started when Tfue sued FaZe Clan over an "oppressive" contract. Patrick joined FaZe Clan on March 22, 2019, at which point FaZe claims he was 13 years old at the time of joining. However, according to Upcomer, the player was only 11 at that time and is now 12 years old.

The Upcomer report states that posts by Patrick’s family in 2012 said it was his fifth birthday, while another post from the same year refers to him as being five years old. These posts would suggest Patrick was a month short of his 12th birthday when he signed with FaZe.

Patrick's sign to FaZe Clan is alleged by the lawsuit to be in violation of California Labor Code section 1700.36, which states that “no talent agency shall accept any application for employment made by or on behalf of any minor”. This could serious effects for Patrick's parents and FaZe Clan. Patrick could no longer stream on Twitch until 13 years old, and he would be forbidden to take part in Fortnite's competitions. As such, he’d be unable to produce Fortnite content for FaZe and could have his contract terminated.

Patrick is not playing the Fortnite World Cup Open Qualifiers, which he would be eligible to play if he was 13. Neither FaZe nor the player have been sharing his qualifier results if he’s playing, and he’s not showing in the leaderboard top 100.

Banned from Social Medias
Twitch
On June 4, Patrick was banned from Twitch due to the allegations. He was also not playing in Week 8 of Fortnite's World Cup that took place on June 1 and June 2. Fans believed he was confirmed underaged but is still not a guarantee.

Twitter
On June 9, Patrick was also removed from Twitter simply for creating the Twitter account before 13 years old. Though his Twitter is not suspended, it will be locked out and cannot be visible to the public until Patrick is 13 years old. Eventually, his account was back up despite not being 13 years old yet.

Admits being Underaged
On June 5, Patrick streamed on YouTube after his ban from Twitch. Patrick admitted to lying because "he couldn't wait 2 more years". Due to admitting, Patrick will be released from FaZe Clan and could undergo consequences alongside his parents. His mother was seen watching him play Fortnite, where he discussed his ban directly.