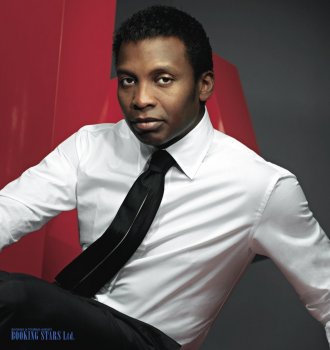 Haddaway started his career in Germany in 1992 and became one of the most popular artists of the 1990’s. His debut single “What Is Love?” was number 2 in German and UK charts and topped the charts in Australia, France, Ireland, Austria, Netherland, and Switzerland. It sold over 2.5 million copies worldwide.

Haddaway’s real name is Nestor Alexander Haddaway. He moved from Tobago to the USA when he was just 9 years old. His musical career was inspired my Louis Armstrong. When Nestor was 14, he started playing the trumpet and put together his first band “Chances”. In 1987, he finished college and moved to Cologne, Germany. He started a marketing career and created his own company Energy that arranged fashion shows and photo shoots. Energy is still thriving; however it’s not managed by Haddaway anymore, even though he is still partially in business.

After a smashing popularity of his first single “What Is Love?”, which was released in 1993, Haddaway went on to produce more hits. The same year he recorded another single “Life”, which got into top-10 of many European charts, including 2nd place in Germany, Austria, and Switzerland, and 2nd place in Sweden. His next creation “I miss you” was slightly less popular but still got into the top-50 of many European charts. Later the same year, Haddaway released his first album “The Album” that included a song “Rock My Heart” that got into the top-10 of the European charts.

The peak years of Haddaway’s career were 1993- 1995. In 1998 he released another successful album “Let’s Do It Now” which included such songs as “What About Me” and “Bring Back Memories”. Both of them became hits.

Haddaway went on to work on new albums and released new singles, but they were not as popular as his first songs. Nestor’s second album “The Drive” got high ratings, but the next albums were less successful. Today Haddaway still performs; however, he hasn’t released any new tracks since 2012.

How much does it cost to book Haddaway:
Price inquiry
Haddaway booking agent:
Contact agent
Haddaway Contacts:
Send Haddaway a message
« previous next »