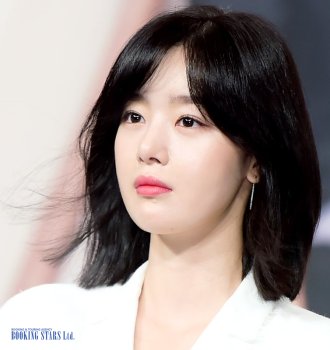 Han Sunhwa was born on 6 October 1990 in Busan. She has a younger brother and a sister. Han has been taking care of her siblings since childhood. Her parents were working day and night, and Sunhwa was dealing with children. But the girl found time to listen to her favorite music and dream of becoming a celebrity. During the financial crisis in 1998, the family was on the brink of poverty. Han’s hope that she could have a singing career was slowing dying. However, the girl eventually managed to pursue her dream.

When Han was young, she was also dreaming of becoming a painter. She attended art classes in middle school. Her paintings earned her a few awards at the local contests. Her love for art quickly turned into a dream of becoming a famous singer after Han heard BoA perform. She made a decision to pursue a singing and dancing career.

Han’s way to fame was long and hard. In 2004, she went to Seoul to audition for S.M. Entertainment’s music project. The managers told the girl that she wasn’t good enough. However, the teenager didn’t give up. She participated in as many contests and shows as she possibly could. Sunhwa’s goal was to hone her skills and, with a little luck, find someone, who would give the aspiring singer a chance. In 2005, she became one of the finalists on the talent show Superstar Survival but was dropped five episodes later. Even though Han had to leave, she gained impressive experience of performing on stage. After leaving the project, Han returned to Busan.

After a failed attempt of becoming a celebrity, Han had to come back to high school where her classmates always found a reason to laugh at her failure. It was a tough period for the singer. After graduating high school, Sunhwa enrolled in Baekjae Art College. Suddenly, she got a call from TS Entertainment. The company’s managers appreciated her performance at Superstar Survival and invited her to a new project.

In October 2009, together with Jung Ha-na, Song Ji-eun, and Jun Hyo-seong, Han became part of the k-pop group Secret. The label tried hard to promote the new project. The young singers appeared on the show Secret Story, where they talked about their way to fame with a goal to become closer to the audience. At about the same time Han got an invitation to the variety show Invincible Youth.

Secret’s first hit was released in October 2009. They called it "I Want You Back". In April 2010, the girls presented an EP, Secret Time, which featured a popular track “Magic”. The single climbed to high spots on the charts and brought the group and Han immense popularity. In August, the artists presented the second EP, Madonna.

In 2010, Han performed on a TV project More Charming by the Day on MBC. In 2009 and 2010, she worked hard on numerous variety shows, including Invincible Youth and Entertainers, aired on KBS, I Need a Family and Bouquet on MBC, and Goguma on SBS.

The year 2011 was tough for Han. Together with Secret, she released a debut LP Moving in Secret and an EP Shy Boy. Both albums became successful.

In 2012, Han helped the group record another LP and EP. At the same time, she worked on the MBC project We Got Married. That year, the singer released her first solo single “Everything Is Pretty”. It came out in a digital format.

In 2013, Sunhwa landed a leading role in the TV series Ad Genius Lee Tae-baek, which aired on KBS2.

In 2014, Secret recorded one more EP, Secret Summer. While working with the band, Han found time for her TV projects. She appeared in God's Gift on SBS, Marriage, Not Dating on tvN, and Rosy Lovers on MBC. The same year she earned a prize at MBC Drama Awards for Best New Actress.

In October 2016, the singer left Secret to pursue a solo career. At that time, she already had many fans, who wanted to book Han Sunhwa for private events.

In 2016, the artist earned another prize at MBC Drama Awards for Actress in a Miniseries. She also performed at the variety show King of Mask Singer on MBC.

In 2018, the artist worked on TV projects My Husband Oh Jak-doo and The Great Seducer.

Han is working on her acting and singing career. She often performs live.