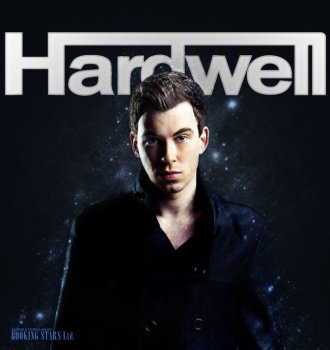 Hardwell was born on January 7, 1988, in the Netherlands. He is a DJ, remixer, and record producer. Hardwell is particularly famous for such hits as “Show Me Love”, “Apollo”, “Countdown”, and “Young Again”. He holds numerous awards, including 8 IDMA awards.

Hardwell (real name Robert van de Corput) began a DJ career when he was just 13 years old. His talent was noticed by a Dutch label, which he followed at 14. Soon after that, he started playing at all the famous Dutch clubs.

In the past several years, Hardwell became an important person in the music industry thanks to his “big room house” style”, which is constantly evolving and will definitely become part of the music history.

In 2009, Hardwell earned international recognition with his remix “Show Me Love”. The bootleg became one of the best dancing hits of the year.

In 2010, Hardwell released several notable tracks, including “Alright 2010” with Red Carpet and “Feel so High” with I-Fan. The song was licensed in 10 countries. Such tracks as “Molotov”, “Voyage”, and “Move It To The Drum”, written together with Chuckie were supported by some famous artists.

The same year, Hardwell formed his own music label Revealed Recordings. He started releasing completely new series of Revealed compilations. The compilation albums Hardwell Presents Revealed give a good impression of Hardwell’s sound and the way the label works. One of the best selling Hardwell’s works is the series of mix albums EclecticBeatz.

Hardwell is also famous for being one of the best remixers. He created remixes to the tracks of such leading DJs as Fedde Le Grand, Armin Van Buuren, Tiesto, Funkerman, Sharam, and more.

In 2011, he created famous remixes of Taio Cruz’s “Hangover”, Tiesto’s and BT’s “Love Comes Again” and Martin Solveig’s and Kele’s “Ready 2 Go”. His bootleg to Avicii’s “Levels” got more than 100,000 hits on SoundCloud in just 4 days. The same year, Hardwell created a hit song Cobra, which topped the Dutch dancing charts and stayed in the Beatport Progressive House Top 10 for 1.5 months.

Hardwell has his own radio show Hardwell on Air. It’s aired by the top Dutch radio station SLAM! FM, USA radio station Sirius XM, and French Radio FG. Hardwell tours the world with various DJs. He continues to work on his music and performs live.