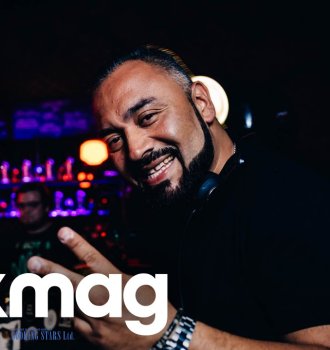 Harry Romero was born in 1973 in New York. He is a DJ and a record producer known for his nickname “Choo Choo”. The nickname he adopted may have something to do with his childhood favorite train conductor’s hat.

Harry was interested in music ever since he was a young boy since he was brought up in a musical family. His mom was a big fan of Latin music while his father, who used to sing in the opera, listened to Beethoven and rehearsed scales.

As it usually happens, the early musical influences determined the future of the young boy. The solid musical base foundation allowed Harry to look for music expansions and practice his own style.

In the 1980’s, Latin Freestyle Movement gave Choo Choo a push forward. He started his career by performing at New Jersey dance clubs. There he was noticed by the production team Millennium Music that eventually helped Harry jump start his career. Romero went on to work with the recording label Gossip Records. He created several demos and gained plenty of experience in the DJ music industry.

When he released his first record “Urban Turban”, it didn’t receive the expected approval. The critics believe that the song was slightly ahead of its time. The record combined Arabic sound with house groove. However, in 1995, the track’s time came and it was released by Strictly Rhythm. His next record “Sea of Passion”, which included some more Latin rhythms was also released by the same label. These two records earned Harry international recognition.

The young man followed up with a number of hits released by several labels, including Sex Mania and Power Music. A breakthrough came to Choo Choo when he was working with C&C Music Factory. He was noticed by Robert Clivilles, who became interested in the track “”Il Futuro”. Robert asked Harry to write and produce a song “Saturday Night” for his album. The track was a success and resulted in some important partnerships for the DJ.

Today Harry continues to work on new music and remixes. He performs all over the world but mostly in his native New York.