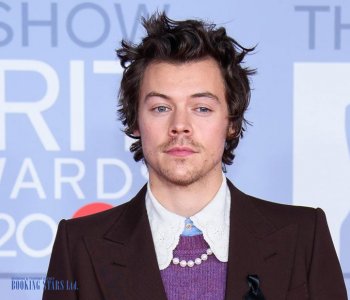 Harry was born into a large family and became the youngest child. When the boy was 7 years old, his parents divorced. The child stayed with his mother, who was involved in raising him. Harry was very worried that he was growing up without a father, so he was very happy when his mother remarried. He found a common language with his stepfather. Harry has repeatedly admitted that this man has become a role model for him.

As a child, Harry was fond of music and learned by heart popular songs.

At school, he fired up the creation of his own musical group. This interested him much more than boring school disciplines. He fulfilled his desire by creating the White Eskimo group and becoming its leader. They performed at school events, parties and city competitions. Sometimes they even managed to win awards.

After school, the young man decided not to waste time on education, but to completely devote himself to rehearsals. At the same time, he worked half of the working day in a bread shop.

In 2010, Harry decided to try himself as a participant in the popular music show "The X Factor". He did not impress the judges as a solo artist, so he was asked to team up with the other guys in the group One Direction. Harry accepted the offer and became a member of the boy band.

The group worked on the debut album "Up All Night" for about a year, but after its release they immediately became famous. Their songs have topped most of the world's music charts. Such popularity led to the fact that they were contacted by representatives of the music label "Columbia Records" and offered a long-term cooperation.

The second album was called "Take Me Home" and was recorded in Sweden, and a year later the musicians released their third album.

Two more albums, a busy concert and touring activity, a busy schedule of rehearsals, not all survived. In 2015, Zayn Malik left the group. Disagreements arose between the musicians, they could not maintain friendly relations, there was complete discord in the group. Harry, too, could not stand it and announced his departure.

Immediately after leaving the band, he took up a solo career, releasing the single "Sign of the Times". He instantly took off to the top of the charts. A month later, he was already able to release his first solo album.

Now, in addition to his musical career, Harry tries himself in cinematography, acts in commercials, and interviews celebrities.

Harry admits that he cannot play any musical instruments, but this does not prevent him from singing and shining perfectly on stage.

Due to his good looks, Harry Styles is considered one of the most stylish contemporary artists.

As a child, he adored the work of Elvis Presley, the musician believes that it was thanks to this singer that he fell in love with music and developed his own creative concept.

Harry Styles's personal life is eventful. He has dated Caroline Fleck, Taylor Swift, Cara Delevingne, Kendall Gener, Camille Rowe. He did not have a relationship with any of the girls, now his heart is absolutely free.

Thus, Harry Styles is a modern performer who was able to prove himself in various types of creativity.