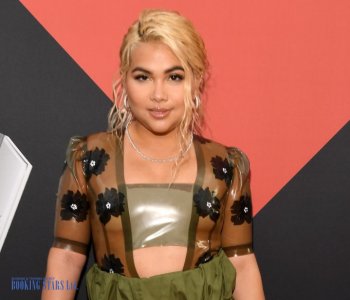 Hayley Kiyoko – singer and songwriter from the USA

Hayley Kiyoko Alcroft was born on 3 April 1991 in Los Angeles. Her father was an actor. Her mom was a figure skater. Hayley started demonstrating her talent when she was just 5 years old. As a child, the singer appeared in commercials and always took her work seriously.

Even though the girl was offered several acting gigs, she devoted the majority of her free time to the music. When Kiyoko when six years old, she asked her parents to hire a drums teacher. Five years later, she played them very well and wrote music. The girl sold some of her recordings in a local music store.

In school, Hayley was involved in many activities. She did well in class and took up extracurricular tasks, which helped her demonstrate her artistic talents. Kiyoko even formed a dance club. After some time, it managed to come in third in the national dancing contest.

Hayley made her first important steps toward fame when she was 16 years old. In 2007, the girl formed her first band, Hede, which she called in honor of her grandfather. The group recorded several songs and uploaded them to Myspace. The aspiring musicians filmed a music video as well. However, a year later, they disbanded since all members had to go to college, and some of them moved to other cities.

During that time, Hayley caught the attention of an ex-celebrity Vitamin C. Such an acquaintance helped her join a young band called The Stunners. The group signed a contract with Columbia Records and released its debut single on iTunes. The band earned popularity, recorded several singles, and presented an EP. Fans were eagerly awaiting the promised LP but in 2011, the band fell apart. After its disbanding, Hayley decided to pursue a solo career.

In 2013, Kiyoko released her debut solo EP called A Belle to Remember with the support of Empire Records and Atlantic Records. After that, she met a producer, James Flannigan, and started working with him.

In 2014, on Facebook, the singer declared that her new EP is almost ready to come out. It was eventually released in February 2015. She called the EP This Side of Paradise. After some time, Hayley presented successful music videos for the singles "Girls Like Girls" and "Cliff's Edge". At that time, many organizers tried to book Hayley Kiyoko for private events.

In 2016, the singer presented a new single “Gravel to Tempo" and a music video for it. The song was featured in Hayley’s next EP, Citrine, which came out in September with the support of Empire and Atlantic Records. The next important project presented by the artist was a music video for the single, "One Bad Night". It came out to promote the album.

In March 2017, the artist released a new single “Sleepover” and a music video for it. In October, she announced the long-awaited upcoming LP. The third single for the album came out in January 2018. At the same time, fans started pre-ordering the LP online.

Expectations came out in March 2018. It reached the 12th spot in Billboard 200 and became popular in Canada, Australia, the UK, and several other countries. It featured such popular songs as "Feelings", "What I Need", "Under the Blue/Take Me In", "Mercy/Gatekeeper", "Curious", "Sleepover”, and others.

The single “What I Need”, which Hayley recorded with the rising star, Kehlani, became very popular. The song featured an excellent combination of two completely different voices. The collaboration of two singers was reflected in the music video for the song, the producer of which was Hayley.

To promote her LP, Kiyoko performed at Jimmy Kimmel Live!. She sang “Curious”. Later, the artist started working with writers to create a comic book based on her single “Gravel to Tempo”. It was sold during the singer’s tour to support the debut album.

In June 2018, Hayley appeared in the InStyle magazine in the list of 50 Badass Women. A month later, she got an offer from Taylor Swift to perform at the opening of Gillette Stadium. The same year, Hayley got a prize at MTV Video Music Awards as Push Artist of the Year.

One of the singer’s latest singles is “I Wish”. The song came out in July 2019. In October, she presented another single “Demons”. Both songs are expected to be featured in Hayley’s upcoming album, I'm Too Sensitive For This Shit. The release date is currently unknown. 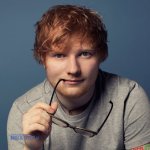