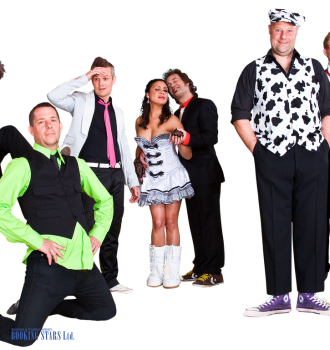 Hermes House – Eurodance and dance-pop band from the Netherlands

It took the group ten years to become popular. In 1994, the musicians finally made it into the charts in the Netherlands and Belgium with a hit, which was a cover version of “I Will Survive”. Since the time they did it, the band sold more than 2.5 million copies of the song. A little later, the single appeared in French and German charts. It should be noted that the peak of the song’s popularity happened in 1998 when the French soccer team won the World Cup. Even after 20 years, in France, the song is still associated with the amazing soccer victory.

After the band woke up famous, the artists were offered a contract with Polydor label. A little later, when working with HHB International, the group recorded two more hits, - "Country Roads" and "Que Sera Sera". The first one was released during Christmas time in 2001 and became very popular in the Netherlands. It also climbed to the 7th spot of the UK Singles Chart and stayed in the top-10 for 5 weeks. In Scotland, the song topped the charts for two months (in December 2001 and January 2002).

In 2002, together with DJ ötzi, the boy band created one more successful cover. This time, the chose the famous song “Live if Life”. In France, it reached the second spot of the national chart. For a long time, it stayed in the top-50 of UK Singles Chart.

The same year, the artists recorded their debut studio album with a simple name The Album. Besides their previous hits, the LP included "Tonight's the Night", "Disco Samba, Pt. 2 (Back to Brasil)", "Can't Take My Eyes Off Of You", "Na Na Hey Hey Kiss Him Goodbye", "Holiday Express (Kedeng Kedeng)", "As novinha tão sensacional", and "Don't You Cry (Bye, Bye)". After the album’s release, many organizers tried to book Hermes House Band for different events.

Two years later, the musicians presented their second studio LP, Get Ready to Party. Among the most popular dance songs were "Football's Coming Home (Three Lions)", "Can't Stop This Thing We Started", "All Over the World", "Everytime You Touch Me", "It's in the Way You Want Me", and "Never Give In".

It took the band a while to come up with a third studio LP. In 2008, they released Rhythm of the Night. The most famous song from the LP was the remixed version of "The Rhythm of the Night". Other hits were "Live is Life", "Suzanna", "Me; Margarita", and "Go West".

Between 2009 and 2010, the group released two albums, Rhythm of the Nineties и Champions - The Greatest Stadium Hits. Even though the band’s popularity started to wane slightly, they still had many dedicated fans from the 90’s.

The musicians are working hard to retain their existing fans and find new ones. They work on new songs and covers and perform live.