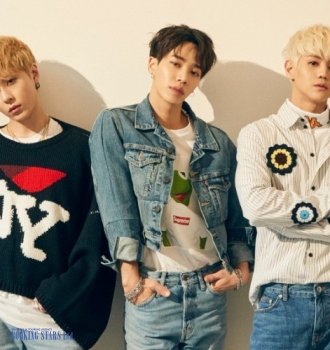 Highlight was created in Seoul in 2009 by Cube Entertainment. Today, its lineup includes five members, Yoon Doo-joon, Yong Jun-hyung, Yang Yo-seob, Lee Gi-kwang, and Son Dong-woon. Initially, the band’s name was Beast, and it had six members. Beast stood for "Boys to Search for Top". The 6th member, Jang Hyun-seung, left the band in April 2016. In 2017, the group decided to stop working with Cube Entertainment, signed a contract with Around Us Entertainment and changed the name to Highlight.

In October 2009, Beast debuted with a single “Bad Girl” on a TV show KBS Music Bank. To promote the band, the label filmed a documentary, which was called MTV B2ST. It described the artists’ way to fame and helped fans get to know them better. A few days after the debut performance, the group released its first EP, Beast Is the B2ST. The album featured five songs, all of which became popular. The single “Mystery” sold over a million copies. . The EP climbed to the 7th spot of South Korea Gaon Album Chart.

In 2010, the band has been working hard to release as many songs as possible. The artists recorded 4 EPs, Shock of the New Era, Mastermind, Lights Go On Again, My Story in March, September, November, and December accordingly. The most popular singles were" Shock", "Take Care of My Girlfriend (Say No)", "Breath", "Beautiful", and "I Like You the Best". The majority of them sold more than a million copies in South Korea.

The first three albums recorded in 2010 climbed to high spots of the national South Korean chart. The fourth EP was digital and didn’t make it into the charts. However, all three songs featured in the album turned into hits. At that time, many fans tried to book Highlight (Beast) for different private events.

In May 2011, the group officially presented its first LP, Fiction and Fact. It topped the South Korean Gaon Albums Chart. The album sold 168,000 copies in South Korea and 3,000 in Japan.

In August of the same year, the group recorded an album for the Japanese audience, which they called So Beast. The album was released with a Japanese label Far Eastern Tribe. It climbed to high spots on the Japanese charts. In South Korea, it came in 28th on the local chart.

In 2012, Highlight recorded a new EP, Midnight Sun. It topped South Korean Gaon Album Chart. For the first time, the group’s album made it into Billboard’s World Albums Chart and settled on the 15th position. It featured such popular songs as "I Knew It", "Midnight”, and "Beautiful Night".

The second LP, Hard to Love, How to Love, appeared in 2013. It topped South Korean Gaon Album Chart and came in 18th on Japanese Oricon Albums Chart. The album sold 114,000 copies in South Korea and 16,000 copies in Japan.

In 2014, the group released two EPs, Good Luck and Time. Both of them were popular in South Korea, reaching the top of the charts. They also became successful in Japan. On Billboard’s World Album Chart, the EPs climbed to the 7th and 11th spots accordingly.

In July 2015, the band presented its next EP, Ordinary. It conquered the national chart and came in 40th in Japan.

In 2016, the group recorded its last two albums as Beast. The LP Highlight came out for the South Korean audience and topped the charts. The Japanese version Guess Who? was less popular.

After changing the label and the name, in 2017, the group recorded two EPs, Can You Feel It? (later re-released as Calling You) and Celebrate. Both came in second on South Korean Gaon Album Chart.