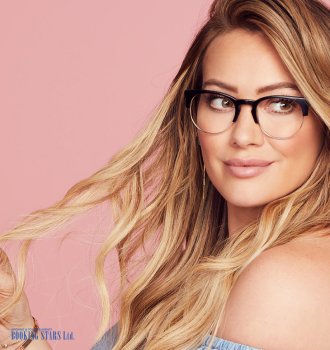 Hilary Duff was born on September 28, 1987, in Texas. She is a singer and an actress. Duff is mostly famous for her role in the Disney series Lizzie McGuire and her songs “Come Clean” and “With Love”.

Hilary tried herself in acting when she was just 6 years old. She and her sister Haylie were dreaming of an acting career so they moved from Texas to California with their mother. For many years, Hilary attended various castings but all she got were roles in commercials. When she was 11, Duff landed a role in Casper Meets Wendy (1998), however, the movie wasn’t successful.

In 1999, Hilary got a role in a television film The Soul Collector, which brought her a Young Artist Award.

In 2002 and 2003, she landed supporting roles in Agent Cody Banks and Human Nature. All these roles finally led to a leading role in Lizzie McGuire, which brought Hilary the long coveted popularity and made her a teen idol.

While Hilary was working on her acting career, she managed to allot some time to the music as well. In 2003, she recorded a song for The Lizzie McGuire Movie. The same year she released her first album Santa Clause Lane, which was a collection of Christmas songs. A little later, Duff recorded her first solo album Metamorphosis. The LP topped Billboard 200 and Canadian Albums chart. It sold 5 million copies worldwide (almost 4 in the United States) and received eight platinum certifications. Right after the release, Hilary went on a supporting tour. All her concerts were sold out. That year, she was more popular than Christina Aguilera and Britany Spears.

In 2005, Duff released a compilation album Most Wanted. The LP featured just two new songs. The rest were Hilary’s favorite tracks and remixes. It topped Billboard 200, received a platinum status and sold almost 1.5 million copies in the US.

Hilary released three more studio albums, the latest being Breathe In. Breathe Out (2015). All of her albums were popular, however, with time the popularity began to wane slightly. Duff still writes new songs, performs on TV and lands roles in various movies.