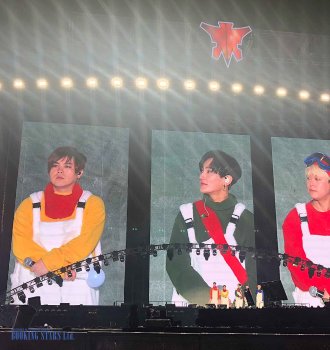 H.O.T. was formed in 1996 by SM Entertainment. The lineup includes five members, Jang Woo-hyuk, Tony An, Moon Hee-joon, Kangta, and Lee Jae-won. The group is considered one of the founders of the popular South Korean music genre, k-pop.

The idea to create a boy band belongs to the label’s founder and producer Lee Soo-man. Lee took a serious approach to the group’s formation. He polled high-school students to find out how they see their ideal pop-band. The first member to be included in the lineup was Kangta. He was performing in an amusement park where Soo-man accidently saw him. After Kangta, Moon Hee-joon and Lee Jae-won joined the group. The fourth member was Jang Woo-hyuk. The producer noticed him when the young man was performing in a dance contest. The last member, Tony An, went through auditions in Los Angeles.

H.O.T made an impressive debut in the music world in September 1996 with the release of the debut LP, We Hate All Kinds of Violence. Singles "Descendants of Warriors" and "Candy" became hits. They were written to conquer the audience of teenagers, who gave it the highest scores. The LP sold 1.5 million copies. It also brought the group a prestigious prize at Golden Disc Awards for Best New Artist. After that, many organizers tried to book H.O.T. for private events.

The band’s second EP, Wolf and Sheep, which came out in 1997, became just as popular as the predecessor. Just 10 days after the official release, a million copies were sold. The most popular songs were "Wolf and Sheep", "Happiness", and "We Are the Future". The first single was forbidden for some time on the radio due to abusive language. However, it didn’t anyhow reduce the album’s popularity. The LP brought the artists a Grand Prize at Golden Disc Awards. They also earned a Seoul Music Award. For the single “We Are The Future”, in 1998, H.O.T was nominated for Viewer's Choice Award at MTV Video Music Awards.

In 1997, just before the beginning of the Asian financial crisis, the band released its first album for the Chinese audience, which somewhat balanced out the reduced sales in South Korea.

The group’s third album, Resurrection, came out in September 1999. More than 1.1 million copies were sold. Again, the group got several nominations at Seoul Music Awards. However, not everything was as smooth with the album as it seemed. Some critics accused the band of plagiarizing several songs from the American rock group Rage Against The Machine. However, the matters were settled painlessly. In 1999, the album brought H.O.T. International Viewer's Choice Award at MTV Korea Video Music Awards. It climbed to the 12th spot of South Korea Gaon Album Chart.

In April 1999, the group released its first live album, Greatest Hits: Song Collection Live Album. The same year, the musicians performed at the Seoul Olympic Stadium with such celebrities as S.E.S. and Michael Jackson. More than 72,000 people attended the concert.

In September, a new LP, I Yah!. came out. It sold millions of copies and climbed to the 2nd position of South Korea Gaon Album Chart. The album brought the group two prizes at Mnet Asian Music Awards. One of them was for Best Group.

In January 2000, the band released another live album, which it called 99 Live in Seoul. It climbed to the 4th spot of the official South Korean chart. In September, the musicians presented an LP, Outside Castle, which topped South Korea Gaon Album Chart. However, compared to the previous albums, the sales were slightly lower, about 900,000 copies.

The third live album, H.O.T. Forever, appeared in April 2001. Even though the popularity of the group was still immense, the artists decided to disband. Later, they explained that the reason was financial disagreements with the label.

In February 2018, the group made a decision to perform together at Infinite Challenge show. In October 2018, the artists gave their first concert since 2001, Forever [Highfive Of Teenagers]. Their performance at Seoul Olympic Main Stadium attracted more than 100,000 viewers.

Throughout its career, the group sold more than 12 million copies of its album in South Korea and Japan. H.O.T continues performing live.