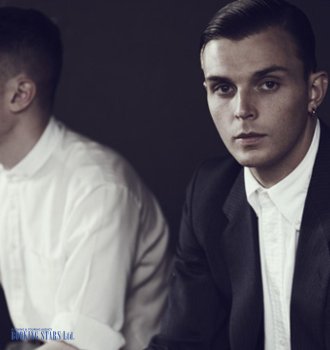 This British duo was established in 2009. They perform synthpop, indie, and soft rock music. The band is mostly famous for its songs “Wonderful Life” and “Stay”. They hold various music awards, including MTV Germany Music award and ECHO award. The lineup includes Adam Anderson and Theo Hutchcraft.

The British duo noticeably differs from all the other modern pop-music celebrities. They seem to have appeared from the 80’s when the pop stars reminded their fans of movie stars and not just boys from the block. Adam Anderson looks like a genius scientists while Theo has an image of an ideal music star from the magazine covers.

The band was established in 2009 and the popularity didn’t take long to conquer. In 2010, Hurts made it into NME and BBC lists of the most promising bands. After a famous DJ Arthur Baker recorded a remix to their song “Wonderful Life”, the band immediately became popular and got various offers from record labels. Eventually, they signed a contract with Sony Music.

In August 2010, Hurts released their first studio album Happiness. It immediately reached the 4th spot on the UK Albums Chart. The LP sold over 2 million copies worldwide. While recording this album, the band visited many European music capitals, such as Berlin and Milan. For some time, they lived in Sweden, which also influenced their songs. The two singles from that album “Wonderful Life” and “Stay” became the greatest hits. They received golden and platinum certifications and reached the 21st and 50th spots in the UK Singles Chart accordingly.

In 2013, the duo released their second studio album Exile. It wasn’t as popular as the predecessor but still got the band plenty of fame. It reached the 9th spot on the UK Singles Chart and two golden certifications. So far, the LP sold 40,000 copies in the UK.

In 2015, Hurts recorded their third studio album Surrender. The LP topped the Swiss Hitparade and reached the 12th spot of the UK Albums Chart. The music video to one of the singles from that album “Wish” was directed by Bryan Adams. Hurt still write new songs and perform live.