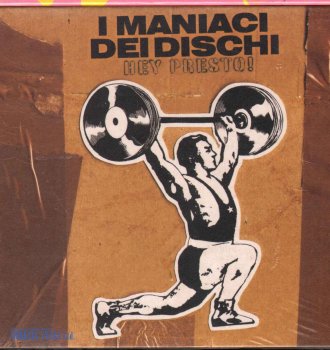 “Vinyl maniacs” Paine and DJ Fonx met in 1997, in Milan. Their endless love and passion for music (from vintage jazz to electronic sounds) turned into a close friendship. The 12’’ vinyl fans played together several times. Two years after their meeting, they decided to form a project called I Maniaci Dei Dischi. The two friends created an unusual sound, using 3 to 6 turntables and making interesting combinations from hip-hop, funk, soil, jazz, dub, drum’n’bass, and reggae. Their performances were very popular in Italy because the DJs were the first project that tied dance music with turntables closely.

In 2002, the duo went to the Arezzo Wave Festival where they met DJ Herrera and bass guitarist Bombo, who became part of the group. The project creates a variety of black music. They perform mostly in Milan. It’s not always easy to book I Maniaci Dei Dischi due to their popularity.

Once a month DJs perform at the Cox18 center in Milan. Any person, who knows something about DJ work, understands that the band’s creations require true mastery. Three DJs try to maintain a unique vinyl handling style, gaining more and more popularity. In the interviews, they sometimes talk about their technique but don’t reveal any secrets.

In 2001, the band started working in a studio. The track “Bene” was their first mainstream creation and became part of the album Spontaneous (2002-2003).

The EPs Our House and Smiling Faces were the group's first 12'' project and received recognition from the DJs all over the world. Their songs could be heard on Japanese and Austrian radio stations.

In 2003, DJs hosted a weekly radio show on the Florence’s ControRadio. During the show, they performed live and aired different mixes of such DJs as Bonobo (Ninja Tune), Job Kennedy (Grand Central), and Robin Hoffman (Pulver).

The group’s fans keep asking the musicians to hire a singer and create full-time studio albums. However, the band members believe that the main goal is dancing. Some people call I Maniaci Dei Dischi a six-handed DJ.

Before creating the band, Paine worked with DJ Lele Sacchi and performed on a radio show with him. Paine believes that Lele Sacchi could become a great addition to the “maniacs”. Because I Maniaci Dei Dischi is the continuation of what Paine did with Lele.

When the “maniacs’ were asked whether they rehearse their performances or their work is fully improvised, they answered that it’s both. The group’s members are every close and they love their work. That is why they easily create masterpieces without preliminary rehearsing. “Maniacs” believe that any DJ should build the party from the scratch. The standard I Maniaci Dei Dischi’s party lasts six hours. All six hours are very intense.

Paine, Fonx, and Herrera try to record their performances in order to give everyone a chance to enjoy their masterpieces. They created several albums, including Hey Presto!, which came out in 2004. “Maniacs’ are thinking about hiring the fourth DJ. The combination of four DJs and one bass guitarist can give the band a brand new sound. However, finding a new member for a unified group won’t be easy.