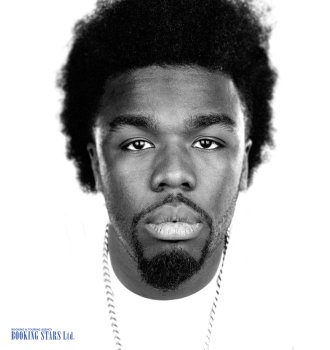 The rapper’s real name is Sudan Ameer Williams. He was born on 16 November 1989 in Richmond, California. A little later, the singer and his parents moved to Pinole. The artist graduated from Pinole Valley High School and enrolled in California State East Bay University. Sudan discovered music for himself rather early. He was inspired by the work of such artists as Kanye West, Aaliyah, R. Kelly, Marching Band, and The Grammar Band. Williams started writing rap when he was 14. Six years later, he began singing professionally. Since the rapper spent a lot of time recording songs, he had to study in college part-time.

Williams recorded his first song using the pseudonym Su. Back then, he worked with HBK Gang label. His debut mixtape was called Su! The Right Thing. It came out in 2010.

In 2011, together with a famous rapper 50 Cent, Sudan recorded a remix for the song “Up!”, which climbed to the 46th spot of Billboard Hot 100 and came in second on Hot R&B/Hip-Hop Songs Chart. It was a big success for the young singer. After that, he worked with rappers Problem and YG. Together they recorded a single “Function”, which settled on the 62nd spot of Billboard Hot R&B/Hip-Hop Songs Chart. A year later, he collaborated with John Hart and Wiz Khalifa to record such hits as "Who Booty" and "Bout Me."

In 2011, the rapper recorded another mixtape, Young California.

The year 2012 was busy for the artist. He released three mixtapes, Kilt, Stoopid, and $uzy 6 $peed. The second one was recorded with the assistance of Jay Art. The guests of the third mixtape were Problem, Juvenile, and Wiz Khalifa.

In 2013, the artist presented three more mixtapes, Million Dollar Afro (recorded with Problem), Kilt II, and Gang Forever (with HBK Gang). The second and third mixtapes became very popular. Kilt II featured the work of such artists as The Invasion, Tank, Ty Dolla Sign, HBK Gang, Juvenile, Problem, Terrace Martin, and Mistah FAB. The songs "Father God", "Hold It Down", "Sexy Ladies", "Hipster Girls", and "Rollin'” became hits. The mixtape reached the 26th spot of Heatseekers Albums and settled on the 52nd position on R&B/Hip-Hop Albums. The third LP was recorded with Cardo, AKA Frank, Kuya Beats, Jay Ant, Sage, P-Lo, Chief, and Gemini. The fans gave high scores to the songs "Go Crazy", "Quit Cattin", "Down For The Click", "She Ready", and "All That". They tried hard to book Iamsu! for their private events. However, the rapper rarely agreed due to a busy schedule.

In 2014, the artist released his debut LP, Sincerely Yours. The album became rather popular. It climbed to the 8th spot of the Independent Albums Chart and settled on the 50th position of Billboard 200. The LP featured such hits as "Interlude", "Sincerely Yours", "No Secret", "I Love My Squad" и "Interlude II". It came out in Standard, Deluxe, and Sincerely Yours 1.5 editions. The last two featured bonus tracks.

In February 2017, the rapper officially released another mixtape, Boss Up. The singles "By My Side" and "Bo$$ Up" came out a year earlier. They became hits among the artist’s fans but didn’t make it into the popular rap charts.

How much does it cost to book Iamsu!:
Price inquiry
Iamsu! booking agent:
Contact agent
Iamsu! Contacts:
Send Iamsu! a message
« previous next »