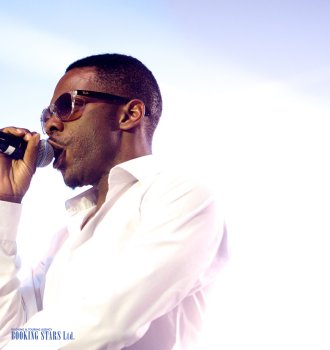 Ice MC (Ian Campbell) is an English Eurodance rapper and songwriter. He most famous hits are “Easy”, “Cinema”, and “It’s a Rainy Day”.

After Ian finished high school, he tried to become a carpenter but didn’t like the job. For several years, he attempted to find his purpose and in 1983 joined a group of break-dancers. The group toured Europe. During one of these tours, Ice MC decided to stay in Florence, Italy and work as a break dance teacher. In his free time, Ian wrote songs and performed at a couple of clubs.

In 1989, Ian met Roberto Zannetti a songwriter and producer of a famous Italo disco group Savage. With his help, Ice released his first hit “Easy”. The song got to the top – 5 of the best European charts, including the 3rd spot in Germany and 4th in Switzerland. The popularity of the heat reached as far as South Africa.

In 1991, Ice MC released “My World”, which wasn’t as popular as the first album. However, his third album “Ice N’Green”, which he recorded in 1994, became his most profitable creation. It went golden in France, where over 100,000 CDs were sold.

In 1995, Ice MC had a disagreement with his producer Roberto Zanetti. He left Zanetti and signed a contract with a new label (Polydor Germany). After a two-year break, Ian released a new single “Give Me The Light” that went diamond and became a big hit of the European summer 1996. The song was recorded together with a German group MasterBoy.

Ice MC released 5 albums and 17 singles. He continues working on his music, even though he hasn’t recorded anything new since 2012. In his songs, Ian talks about important world issues, such as violence, AIDS, and discrimination.