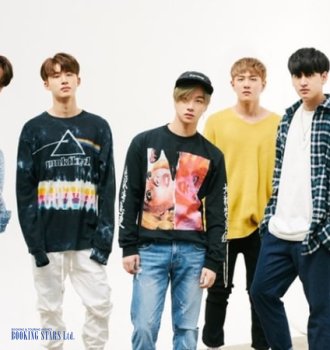 iKon is a popular South Korean boy band founded in 2015. The sponsor and the creator of the group is YG Entertainment. The lineup includes seven young men Yunhyeong, Jinhwan, Ju-ne, Bobby, B.I, Chanwoo, and Donghyuk.

The group’s formation began back in 2013. Many of the group members appeared in different reality shows aired on SBS. In 2013, B.I, Jinhwan, Ju-ne, Donghyuk, Bobby, and Yunhyeong performed as a group called Team B, which appeared on the TV show, WIN: Who Is Next. As part of the project, they recorded two singles "Just Another Boy" and "Climax", both of which earned popularity in South Korea.

In 2014, all the protégés of YG Entertainment went on Power World Tour. Team B wasn’t an exception.

In order to finalize the lineup, the label sent Team B to perform in another reality show, Mix & Match. At the same time, they worked as opening act for Big Bang during their Japan Dome Tour X. At the end of the year, the final lineup was confirmed and so was the name. iKon stands for Icon for Korea. Even though the lineup took time to finalize, the band was already performing. That’s why it managed to get on the list of "Top 5 K-Pop Artists to Watch in 2015” before the official debut.

In September 2015, the label announced that the lineup of iKon is officially confirmed. The artists didn’t lose any time and immediately recorded their debut LP, Welcome Back. It was re-released in an extended version in December. The original album topped the national South Korean Chart, came in 22nd on Japan Oricon Albums Chart, conquered Taiwan G-Music Weekly J-POP Charts, and reached the 3rd spot of Billboard’s World Albums Chart.

The year 2016 was busy for the band. The artists recorded their first compilation album, iKon Single Collection, and the first live album, 2016 iKon – iKoncert Showtime Tour in Seoul Live CD. The same year, the group presented a single "#WYD", which topped the national South Korean chart. A little later, the artists demonstrated their acting skills by appearing in Heroes of Remix on JSTV.

In 2016 and 2017, the group had a tough concert schedule. It went on three tours, iKoncert: Showtime Tour, Japan Tour, and Japan Dome Tour. At that time, many organizers tried to book iKon for private events.

In January 2018, the artists recorded a new LP, Return. The album earned high scores from the critics and settled on the 2nd spot of South Korea Gaon Album Chart. It also became popular in Japan, Taiwan, and the USA. The album was the group’s first work to appear in a French chart. It sold 104,000 copies in South Korea, 82,000 in Japan, and a thousand in the USA.

The same year, the band released two EPs, New Kids: Continue in August and New Kids: The Final in October. The albums climbed the 2nd and 1st spot of South Korea Gaon Album Chart accordingly. They also appeared on high spots on the Japanese and Taiwanese charts. The EPs made it into the top-5 of Billboard’s World Albums Chart

In 2018, the artists went on two tours, Japan Tour and Continue Tour. They also participated in numerous TV projects including, iKon TV on YouTube & JTBC, YG Future Strategy Office, iKon Heart Racing Youth Trip on Olleh TV, and A Battle of One Voice: 300 on tvN.

In 2019, iKon is planning to present its third LP, iKON: New Kids. The release is planned for 27 February. 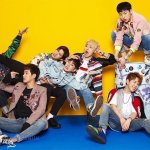