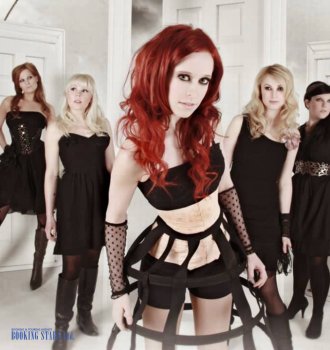 Indica is a Finnish band, performing rock, pop, and metal music. The group was formed in Helsinki in 2001. Today, the lineup includes four people, Johanna "Jonsu" Salomaa (vocals, guitar, keyboard), Heini Säisä (bass guitar and back vocals), Laura Häkkänen (back vocals and guitar), and Sirkku Karvonen (keyboards, clarinet, and back vocals). The fifth founder of the band was Jenny Mandelin. She played the guitar and the violin. However, the artist left Indica in 2014.

In 2001, the group was noticed by the manager Peter Kokljuschin. He helped them collaborate with Jani Jalonen from Sony Music, with which Indica signed a contract.

In 2004, the group released its debut LP, Ikuinen virta. The albums stayed on the 4th position of the national chart Finnish Top 40 for 29 weeks. The most popular songs from the LP were “Valehtelen”, “Saalistaja”, “Scarlett”, “Onnen kartano”, and “Lasienkeli”.

In 2007, the group presented Kadonnut puutarha. The LP climbed the 8th spot of Finnish Top 40. The popular songs featured in the album were "Linnansa vanki", "Ikävän kantaja", "Pahan tarha", "Nukkuu kedolla", and "Ulkona". At that time, many fans tried to book Indica for their events. The musicians usually found time for such performances.

The next LP Valoissa, released in 2008, reached the highest position on the national chart among the released group albums to date. It appeared in the 3rd spot. The popular songs were "Pahinta tänään","10 h myöhässä", "Hiljainen maa", "Elä", and "Askeleet". The producer was Tuomas Holopainen from Nightwish.

In 2010, the group signed a contract with Nuclear Blast label. Under the new management, the musicians recorded their first album in the English language, A Way Away. At the end of 2009 and in the summer of 2010, they released promotional singles, "Straight and Arrow", "In Passing", and "Islands of Light", all of which signaled the upcoming success of the album. The LP reached the 8th position on Finnish Top 40. It came in 20th on German Albums chart, climbed to the 52nd spot on the Austrian chart, and appeared on French, Swiss, and Greek charts. The popular songs were "Children of Frost", "As If "Elä", "Hiljainen maa", and "Scissor Paper Rock". The LP came out in different formats, including CD, CD + DVD, Diary, Deluxe, and Suitcase.

The year 2014 was busy for the band. It recorded an LP, Shine (for the English-speaking fans) and its Finnish version Akvaario. The first album came out under Nuclear Blast label. The second one was created with the assistance of KHY Suomen Musiikki Oy. The English version appeared on the 99th spot of the German Albums Chart. The Finnish one came in third on Top Finnish 40. The first single from Shine “A Definite Maybe” was uploaded to YouTube on December 2016. The English version featured such hits as “Mountain Made of Stone”, “Goodbye to Berlin”, “Hush Now Baby”, and “Run Run”.

Later that year, Jenny Mandelin left the band. For the next three years, the group hasn’t released any songs. In August 2017, the girls announced Indica’s return on their Facebook account.

The group is recording new songs and performing live.

How much does it cost to book Indica:
Price inquiry
Indica booking agent:
Contact agent
Indica Contacts:
Send Indica a message
« previous next »