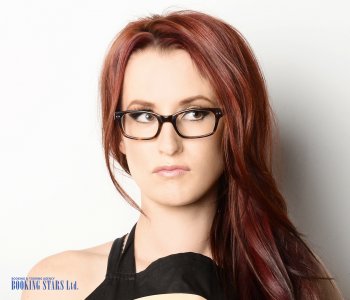 With her piano-fueled songwriting, witty wordplay, and slight vocal vibrato, Ingrid Michaelson carried the tradition of the female singer/songwriter into the 21st century. Befitting a musician of the digital age, Michaelson first gained wide exposure not through sales, but through tracks on television shows including Grey's Anatomy and One Tree Hill. This exposure helped bring her albums, like 2006's Girls and Boys and 2009's Everybody, to a wider audience, spawning the singles "The Way I Am" and "Be OK." Her albums garnered more attention as she built a loyal following, with 2012's Human Again charting at number five on the Billboard 200 and 2014's Lights Out hitting the top of the Billboard Independent Albums chart.

Born in 1979, Michaelson was raised on New York's Staten Island by her artist mother and classical composer father. There, she began exploring music with piano lessons at the age of four, and developed her performance skills studying at Manhattan's Third Street Music School, the Jewish Community Center of Staten Island's Dorothy Delson Kuhn Music Institute, and Staten Island Technical High School. After high school, she attended Binghampton University, where she earned her theater degree and participated in a cappella and improv groups. Upon graduating, she toured with a national theater troupe and spent her free time writing songs, later compiling them into an online-distributed recording entitled Slow the Rain.

Michaelson blazed her own trail by independently issuing her proper debut, the engaging Girls and Boys, in 2006; following the inclusion of her music in several episodes of Grey's Anatomy, she then released a remastered version of the album on her own Cabin 24 Records in January 2007. Three months later, she won a national songwriting contest sponsored by Mountain Stage, a radio program produced by West Virginia Public Broadcasting and distributed worldwide. "The Way I Am" was then picked up by Old Navy, who used it to soundtrack one of their clothing commercials, and Michaelson began making headlines as one of the country's most promising independent artists. A benefit project comprising live recordings, new songs, and rarities, Be OK was released in 2008. Michaelson joined the Hotel Cafe Tour that fall in support of the album, whose proceeds went toward cancer research; she later toured Europe alongside Jason Mraz.

For her "proper" follow-up to Girls and Boys, Michaelson retreated to a Manhattan studio alongside producer Dan Romer. Forty newly composed songs were whittled down to a total of 12, with more emphasis being paid to the songwriter's peppier material. Featuring a string section on several songs, 2009's Everybody proved to be Michaelson's most expansive, confident effort to date, and she followed its release with another cross-country fall tour. In 2012, she returned with her fifth studio album, Human Again, with production from David Kahne (Paul McCartney, Regina Spektor, Stevie Nicks, the Bangles) and featuring the single "Ghost." It earned critical praise and performed better on the charts than any of her previous albums. The follow-up, Lights Out, appeared in April 2014, featuring a number of songwriting collaborations and guest appearances including Mat Kearney, A Great Big World, and then-husband Greg Laswell.

In the spring of 2016, Michaelson teased her seventh album with the hooky breakup single "Hell No," which she co-wrote with country songwriters Barry Dean and Luke Laird. The album, It Doesn't Have to Make Sense, appeared in late August of that year and featured more intensely personal material than her previous LP. She followed up in May 2017 with a companion EP titled Alter Egos, which featured reinterpretations of songs from the album and included guest appearances from Tegan and Sara, Lucius, Sara Bareilles, and others. In 2018, she issued the holiday-themed album Songs for the Season; it reached number three on the Billboard Holiday Albums chart and number 94 on the Billboard 200.

In May 2019, Michaelson released "Missing You," the first single off her Stranger Things-inspired album, Stranger Songs. The LP followed in June -- the week before the Netflix series' Fourth of July season three premiere -- and peaked at number two on the Billboard Top Independent Albums chart. In 2021 Michaelson teamed up with ZAYN for the empowering single "To Begin Again."