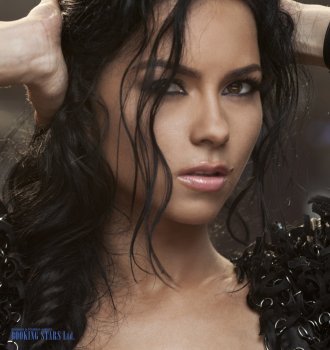 Inna (real name Elena Alexandra Apostoleanu) was born on October 20, 1986, in Romania. She is a singer and a songwriter mostly known for her songs “Hot”, “Amazing”, “Sun Is Up”, and “Diggy Down”

Elena was interested in music ever since she was a young girl, however, she studied political science at Ovidius University. After college, she made a decision to pursue a music career, took lessons, but her first auditions were unsuccessful.

In 2007, Elena was finally heard and she signed a contract with Romanian label Magic. She also adopted a pseudonym, which was made up by her grandfather, who often called her this way.

Inna is famous for her heavy and bright makeup. Only a few people have ever seen her without it. She is also known for keeping the clothes to a minimum. She sports bathing suits and bikinis, short shorts, tank tops and see-through dresses.

In 2008, Inna released her first hit single “Hot”. The song reached the 5th spot on the Romanian Radio Air Play chart and topped the Spanish singles chart. The single was popular all over Europe and sold 250,000 copies in the UK. It also received silver, golden, and platinum certifications. The song was recorded together with the band “Play &Win”. It made Inna an international star. A short while later Play &Win and Inna released a second single “Love”, which was also rather successful. Inna and Play &Win helped each other achieve popularity.

In 2009, Inna released her first album Hot, which included her previously recorded hit singles. The album sold over a million copies worldwide and received golden and platinum certifications. The LP reached the 32nd spot on the UK Albums Chart and entered various charts in Europe. The same year she received an MTV Europe Music Award.

In 2011, Inna released her second studio album I Am the Club Rocker. It was certified gold in Romania. After the release, Inna went on a tour to support the album.

Inna recorded two more albums Party Never Ends (2013) and Inna (2015), both of which were popular in Romania and beyond. She continues to write new songs and performs live.