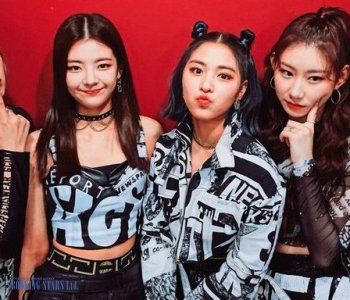 Itzy is a popular South Korean group that has won the hearts of K-pop fans in a short time. The emergence of a musical team was long-awaited, because in Korea, since 2015, no new female groups have been born. Five participants in the project admire the versatility of talents - the girls sing, dance, and demonstrate acting skills in the clips.

In January 2019, JYP Entertainment released an original video presentation introducing the new group to the public. The group consisted of five members - Yuna, Ryujin, Cheren, Liya and Yeji. The girls perform under the named stage names. Long before the appearance of the new team, in 2017, information appeared on the Internet that soon K-pop fans would see a unique female musical project.

In 2018, information was leaked to the press that young singers Somi and Shin Ryujin, already well-known to the public, would appear in the future group. In August of that year, the company officially confirmed that Ryujin had joined the new project. The girl has been loved by the audience since 2017, when she participated in the filming of BTS's mini-movie. In addition, Shin became a member of the popular Korean reality show Mixnine. In the group, she is the main rapper and lead dancer.

Another singer of the group, Lee Cheren, previously performed in the Sixteen collective. The audience liked the talented and pretty participant, who then did not have luck. The artist later tried her hand at the K-pop star 3 competition, showing that she was not going to stop the fight for a spot in the K-pop industry. The status of Cheren in the project is a dancer and a vocalist.

Since childhood, Hwang Yeji studied dancing, was interested in music. In 2015, the young singer auditioned for JYP Entertainment, where the artist performed the song Like Ohh-Ahh. In 2016, the Korean beauty became a member of the TV project Stray Kids, and later showed character in the Fan show. In the new group, Yeji has the status of a leader, acts as the main dancer and vocalist.

Leah also had experience of performing on the stage before joining the project. From the fans, she received the nickname Disney Princess, since as a child she took part in the filming of a video in which gifted children sang songs from Disney cartoons. In the new team, the girl became the main vocalist.

On January 21, the company posted a prologue-film to the public, in which the participants of the new project were presented. In addition, fans were informed that the group's debut music video has already been filmed.

The debut video of Dalla Dalla of the new female group appeared on the Internet on February 11, and 14 million viewers managed to watch the video in a day. In doing so, the group set a record in the history of debut Korean music videos. The audience's attention to the created team was due to the fact that the company stopped releasing new girls' projects on the stage since 2015.

Following the resounding success of their first music video, the band debuted on M! Countdown on February 14th. A week later, on February 21, the girls participated in the same music competition and again took the main prize. Such a cosmic rise in popularity allowed the project to set another record among Korean girl groups.

Each performance of the performers turns into a bright and unforgettable show. Professional vocals, stylish sound and excellent choreography make the concerts unique. The group has already presented to fans several clips that have gained a large number of views. The main directions in which musical compositions are created are k-pop, electronic dance music and hip-hop.

At the end of July 2019, the Korean group released their first mini album, It'z Icy. At the same time, a video for the song of the same name was posted on the group's official YouTube channel. The Instagram of Korean singers is regularly updated with personal photos and videos of the girls.