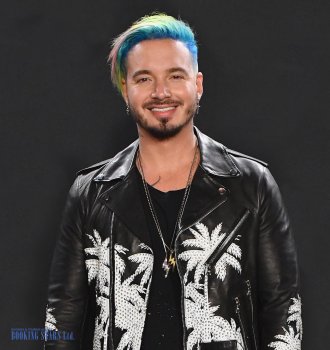 The hometown of José is Medellín. He became deeply involved into music being a little boy. At the age of 17, José left for the USA to attend English classes. J made his first performances at the local stages. He continued playing gigs when he went back to his hometown. At that time the number of the musician's fans was increased and he adopted his nickname J Balvin.

"Ella me Cautivo" track under EMI Colombia label was presented in 2009. It had a debut at #35 on the Billboard Tropical Songs chart. "Real" album was his debut which he presented it the same year.

His debut mixtape included the previous hits. It was launched in 2012.

J Balvin entered the international arena in 2014 due to a hit "6 am". It charted at #43 on the Billboard Latin Airplay. In Spring the track peaked at #1.

In 2015 "Ay Vamos" track got the Best Urban Song and reached number 1 on the Billboard Hot Latin Songs. That was also when J got 13 nominations, which made him the most nominated musician from Columbia.

Next year the music clip "Ginza" reached stratospheric level, when it got well over 2 million views during the first 24-hour period. The song was a promotion for his forthcoming album "Energia". It was extremely popular, peaking at #1 on the Billboard Top Latin Albums chart.

In 2017 the singer's music video "Me gente" was downloaded on YouTube getting more than 1 billion views in the nick of time. Later Balvin had a collaboration with Beyoncé to make a remix.

Balvin's creativity is basically reggaeton. He took a shot at different genres like electronic, R&B and house music. J Balvin found his musical inspiration in Nirvana and Metallica. It is interesting to note, that The singer has a Nirvana tattoo on his knee. Despite the fact that he was interested in a variety of genres, his key in spurring him to be a singer was Daddy Yankee's reggaeton.