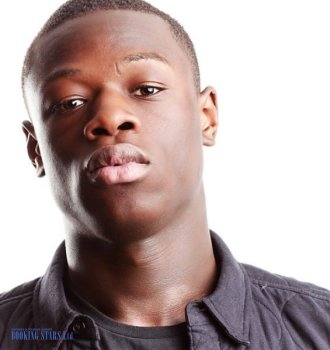 J Hus' real name is Momodou Jallow. He was born in London on 26 May 1996. Jallow was brought up by his mother, who has Ghanian roots. He attended Eastlea Community School. When in high school, the future rapper was a big fan of 50 Cent, who helped shape the young man’s music preferences. Momodou started writing lyrics when he was a teenager. However, at first, his talent was only appreciated by his friends. Their utter support helped Jallow realize that the future in the music industry is a real possibility.

J Hus’ music career began in 2015 when he released two non-album singles and a mixtape. His first official songs were "Lean & Bop" and "Doin It". Even though they didn’t make it into the charts, the 19-year-old managed to acquire many fans and catch the attention of the critics.

In 2016, the artist released a promotional single for his upcoming LP, “Friendly”. It got him a nomination for 2016 MOBO Awards. At the same time, he recorded "Liar Liar" (remix), "Playing Sports", and "Solo One". The latter appeared on the Internet for free downloading.

In 2017, many different artists invited J Hus to participate in recording their songs. He worked with Nines on “High Roller” and with Stormzy on “Bad Boys”. The latter song was part of Stomrzy’s debut LP Gang Signs & Prayer, which topped UK Albums Chart. J Hus also recorded “Samantha” with Dave. The single appeared on the 63rd position of UK Singles Chart. At that time, many organizers tried to book J Hus for numerous events, but he was busy working on the debut LP.

Before releasing the solo album, J Hus presented "Did You See", which reached the top-3 of UK R&B Singles Chart and settled on the 9th spot of UK Singles Chart. Together with “Friendly”, it was featured in the debut LP Common Sense, which finally came out in May 2017. The album also included such hits as “Spirit” and "Bouff Daddy". The latter earned a gold status in the UK. The LP topped Complex’s UK's Best Albums of 2017 list and became 6th in NME's Albums of the Year 2017 rating. It also appeared on The 50 Best Albums of 2017 list.

Right now, the artist is working on the next LP, Big Spang. At the beginning of 2018, he released a promotional single “Dark Vader”, which reached the 41st position on the UK Singles Chart.

J Hus is working on new songs and performing live.