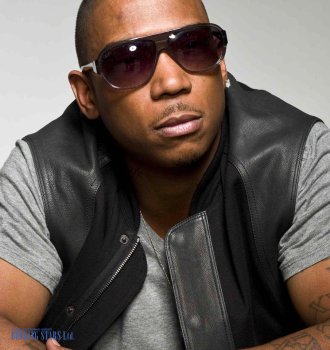 Jeffrey Bruce Atkins was born on 29 February 1976 in New York. He started reading rap in 1993 when he was part of the band Cash Money Back. Back then, Atkins adopted a pseudonym, Ja Rule.

In 1998, he signed a contract with Murder Inc. Records. The same year, the single “Can I Get A...", written by Jay-Z with Ja Rule and Amil came out. This song was supposed to be Atkin’s solo work, however, Jay-Z liked it too much to let go. The single turned out to be one of the most successful tracks in Jay-Z’s career. It reached the 19th spot of Billboard Hot 100 and made it into many world charts. It helped the aspiring musician Ja Rule to earn some popularity as well.

In 1999, Ja Rule released his debut album, Venni Vetti Vecci. Even though the critics didn’t give the LP too many positive reviews, it debuted on the 3rd spot of Billboard 200 and topped Top R&B/Hip-Hop Albums. A year after the release, the LP earned a platinum status in the USA.

In 2000, Ja Rule recorded the 1st single "Between Me and You", which was later featured on his second album. The song became an overnight hit. It made it to the 11th spot of Billboard Hot 100 and entered the UK Singles Chart on the 26th position. The second single, "Put It on Me", reached the 8th spot of Billboard Hot 100. For the first time Ja Rule’s work reached top-10 of that chart.

The second album, Rule 3:36, came out in October 2000 and topped Billboard 200 and Top R&B/Hip-Hop Albums. It was also a big hit in Canada, Germany, and the UK, where it reached high spots on the charts. The album sold over 4 million copies worldwide. Over 3 million were sold in the USA. The artist started touring the world. It became very hard to book Ja Rule for any event.

The lead single from the third LP, "Livin' It Up", came out in 2001. It reached the 6th spot of Billboard Hot 100 and came in fifth on UK Singles Chart. The second single “Always on Time” conquered Billboard Hot 100, Hot R&B/Hip-Hop Songs, and US Hot Rap Songs charts. It was also very successful in Canada, New Zealand, and Australia. Eleven other countries gave the single high positions.

In 2001, Ja Rule presented the 3rd studio LP, Pain Is Love. The album topped Billboard 200. It came in third in the UK and Canada. Just like the second LP, Pain Is Love earned a variety of platinum certifications. It sold over 6 million copies worldwide.

In 2002, the artist presented the fourth LP, The Last Temptation. It reached the 4th spot of Billboard 200 and sold over 1.5 million copies in the USA. A year later, Ja Rule released his fifth album, Blood in My Eye. It was named after George Jackson’s book. The LP reached the 6th spot on Billboard 200 and topped Top R&B/Hip-Hop Albums.

In 2004, the 6th LP, R.U.L.E., appeared. It scored high spots on Billboard 200 and UK Albums Chart. However, it was less successful than the rapper’s previous work. Only about 660,000 copies were sold in three years.

In 2005, Ja Rule released a compilation album called Exodus. After the release, the artist took a break from recording new music.