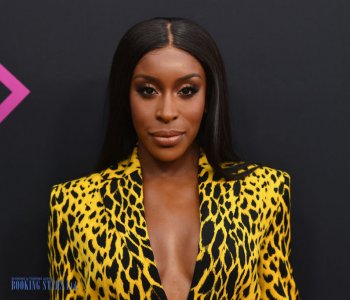 Jackie Aina (aka MakeupGameOnPoint and LilPumpkinPie05) (born Jacquelyn Lonje Olayiwola Oyeshola Bolayemi Aina August 4, 1986) is a Nigerian-American YouTube star and MakeUp Artist. She is based in Los Angeles, CA and the Inland Empire.

Jackie Aina is a US Army veteran.

Much practice led to a job as a makeup artist for Makeup Art Cosmetics in 2009. That same year, she started doing videos on YouTube.

She became a licensed cosmetologist after graduating from Vidal Sassoon Academy. She began pursuing makeup art as a profession in her young adult years, beginning to take makeup seriously in 2009. She worked for MAC and Bobbi Brown cosmetics and freelanced as a makeup artist for five years. In

August of 2012, she posted an "Aaliyah More Than a Woman Makeup Tutorial."

Her parents were strict with her growing up, wanting her to be a doctor, lawyer, or other professional.

One of her favorite phrases is Philippians 4:13 (I can do all this through him who gives me strength.)