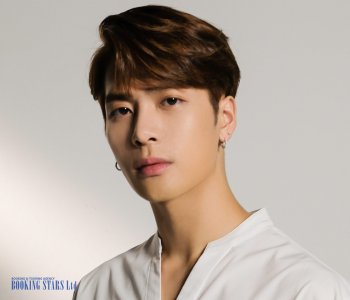 Jackson Wang - Hong Kong native who built a career in South Korea as a member of Got7 and as a solo hip-hop artist.

Born and bred in Hong Kong, singer, dancer, and television personality Jackson Wang built a career in South Korea, joining the K-pop boy group Got7 and launching his own solo hip-hop trajectory. The multilingual Kowloon native was a childhood athlete but decided to pursue music in his teens when he auditioned for JYP Entertainment in 2010. Successful, he moved to Seoul to begin training, which eventually led to a spot in the hip-hop-influenced Got7. The group made its debut in early 2014 with the EP Got It?, which topped the Billboard World Albums chart. As Got7 continued their chart dominance, Wang nurtured his own solo pursuits. Following early singles "Some Strange Work" and the booming, electronic Pepsi-advertising "Generation 2," he issued the English-language "Papillon" in the summer of 2017. He took a brief step outside the hip-hop world with the sweeping theme for Novoland: The Castle in the Sky, returning with the Boytoy-produced "Okay" at year's end. In 2018, another Boytoy production, "Dawn of Us," was released. He followed with the Fendi China collaboration "Fendiman," which topped the U.S. pop streaming chart in May 2018. A slew of singles arrived the following year, including a handful of collaborations with the 88Rising crew on their Head in the Clouds II collection; a popular remix of "Papillon" that charted in China, and "Bullet to the Heart," which landed on his late 2019 effort Mirrors. In addition to a Chinese version of his Stephanie Poetri duet "I Love You 3000 II," the EP also featured guests GoldLink ("Bad Back") and Rich Brian ("Titanic"). The following year saw Wang issue the cosmopolitan single "100 Ways" and launch his very own fashion brand, Team Wang Design.