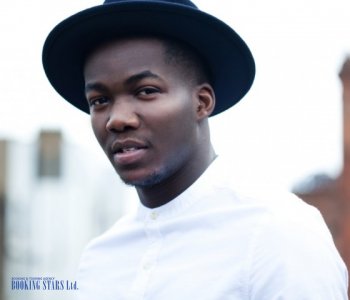 Jacob Banks – singer from the UK

Jacob Banks was born on 24 July 1991, in Birmingham, England. He became a famous singer and songwriter at a fairly young age. The artist prefers to keep his life beyond the studio private so fans know little about it. Jacob enjoyed music from childhood. When the singer was 21, he won a local singing contest MOBO UnSung, which helped him gain confidence in his talent. Banks uses such genres as R&B, soul, and hip-hop.

In 2013, the artist released his debut EP, The Monologue, the second single from which, “Worthy”, was performed on BBC Radio 1 by Zane Lowe. The same year, Banks joined a famous British singer, Emeli Sande, on her tour of the UK. Later that year, the artist performed “Doing OK” with Wretch 32, who included the single in his next album.

Together with the duo Chase and Status, Banks recorded a popular track “Alive”, which became a part of their new album, Brand New Machine. Later, he supported the band on its tour of the UK to promote that LP. After some time, Banks joined Wretch 32 one more time. They were planning to release an album, called Gambling Man, but it never came out.

In May 2014, Jacob collaborated with All About She to record a single “I Can Wait”. It was available for free downloading and became a part of an EP, Go Slow, released by the group shortly. The same year, Banks worked with such celebrities as Jake Gosling, Bondax, Wretch 32, and Plan B.

In July 2015, the singer presented a long-awaited EP, The Paradox. It was recorded with the assistance of Full + Bless and Renowned. To record the album, Jacob invited a successful rapper Avelino, who worked with the label, OddChild Music. Together they released a single “Monster”. The song became very popular and appeared as a soundtrack in many different projects. It was used for the TV series Power and Quantico. The upgraded version of the track, which the artists called “Monster 2.0” became a soundtrack for the video game Dirt 4 by Codemasters. At that time, many fans tried to book Jacob Banks for private events.

In 2016, a team of Norwegian producers, Seeb, assisted the singer with the release of a new track “What Do You Love”. It reached the second spot on the VG-List (Norwegian) chart and became platinum in Norway twice.

In 2017, Banks presented a two-part video for the single “Unholy War”. Later, the song became part of his new album, The Boy Who Cried Freedom. The EP was released with the support of Interscope Records in April.

Throughout his career, Banks recorded numerous tracks, many of which became soundtracks for popular movies, TV series, video games, and other projects. His hit single “Move With You” was featured in FIFA 15 game by EA Sports. “Worthy” appeared in the TV series Suits.

Banks’ song “Unknown” was played in the TV series, Power, which helped it become even more popular. The same tack was featured in Suits.

The most successful and highly demanded single recorded by Jacob is “Unholy War”. The song appeared in the series finale of The Blacklist: Redemption, the third season of the TV series Lucifer, and the season finale of Black Lightning. It was also featured in Power and Queen of the South.

In 2018, Banks recorded a new single “In the Name of Love” specifically for the movie The Equalizer 2. Another track, "Love Ain't Enough", was featured in the game FIFA 19 by EA Sports.

Jacob also worked on a song for the highly successful HBO series, Game of Thrones. The hit single “Baptize Me” was recorded together with a popular group, X Ambassadors.