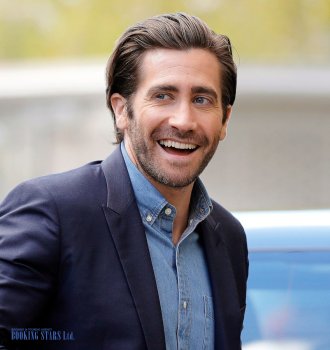 Jacob Benjamin "Jake" Gyllenhaal was born on 19 December 1980 in LA. His mother is a scriptwriter and producer Naomi Foner. His dad is a film director Stephen Gyllenhaal. Jake’s sister Maggie is an actress. As part of such an artistic family, it seemed as if Jake had no choice but to go into acting.

When Gyllenhaal was 10 years old, he debuted on the big screen in Ron Underwood’s comedy City Slickers. Three years later, he appeared alongside his sister in the drama A Dangerous Woman.

In 1999, Jake received his first important leading role in the biographical drama October Sky. The young actor portrayed Homer Hickam, who was interested in rocketry. The movie earned a big number of awards and nominations. Gyllenhaal received three nominations as well. One of them was Teen Choice Awards in the "Choice Movie: Breakout” category.

In 2011, Jacob appeared in three movies. The most important leading role of the year was in the sci-fi film Donnie Darko. Thanks to his outstanding performance, Gyllenhaal earned a prize from Young Hollywood Awards as "Breakthrough Performance – Male".

In 2002, Gyllenhaal worked on a play This is Our Youth. It brought him a prize at Theatre Awards as "Outstanding Newcomer". The same year, Jake appeared in the comedy Good Girl, on which he worked together with Jennifer Aniston. The role brought the young actor two nominations for Teen Choice Awards.

In 2004, Jake played Sam Hall in the movie The Day After Tomorrow. The role brought him a nomination for Irish Film & Television Award” as "Best International Actor".

The real breakthrough role for Jake was the part of Jack Twist in the romantic drama about the love of two cowboys, Brokeback Mountain. The movie appeared in 2005 and earned impressive critical acclaim and many awards. Gyllenhaal was nominated for an Academy Award and received a BAFTA prize for his outstanding performance in a supporting role. More awards and nominations followed. The actor earned international fame. Many organizers tried to book Jake Gyllenhaal’s presence for private events, but it became almost impossible. He appeared on the list of the most attractive bachelors in the world.

The same year, Jake worked with Gwyneth Paltrow and Anthony Hopkins on the drama, Proof. He also appeared in the military drama Jarhead, in which he played the leading part of Anthony "Swoff" Swofford.
In 2010, Jake played another significant role. This time he portrayed Jamie Randell in the movie Love and Other Drugs. The part brought him Golden Globe and Satellite award nominations for
“Best Actor – Motion Picture Musical or Comedy.”
In 2014, the thriller Nightcrawler premiered in the movie theaters. Jake had the leading role and was nominated for a Golden Globe, BAFTA, Screen Actors Guild Awards, and Critics' Choice Movie Awards in the best actor category but didn’t win any prizes.

In 2016, Jake appeared in the psychological thriller Nocturnal Animals. The movie was a success and earned an Academy Awards nomination. For his role, Gyllenhaal received a BAFTA nomination as "Best Leading Actor".

In 2017, Jake earned another Satellite and Critics' Choice Movie Awards nomination for his role in the movie Stronger.

In 2018, Gyllenhaal worked on three leading roles. The fans are eagerly awaiting the movie premiers.