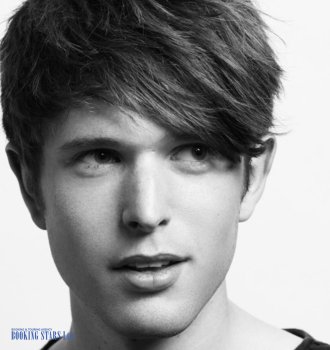 James Blake Litherland was born on 26 September 1988 in London. His father is a famous British singer James Litherland. He was the one to spot the boy’s talent very early. Mr. Litherland tried hard to hone his son’s music skills. Even though the father was one of the boy’s idols, the musician mentions Stevie Wonder, Sly Stone, and D'Angelo as his inspiration.

James attended music school and learned how to play the piano. His love for music didn’t stop the young man from getting a high school education. After graduating, he enrolled in the University of London to study pop music. While still in school, he already performed on stage. One of James’s projects was "Bass Society" music nights, where he worked alongside Distance, Skream, and Benga.

In 2009, the artist released his first official single, "Air & Lack Thereof". Even though it didn’t make it into the charts, the song became very popular and allowed the singer to catch the attention of many people in the music industry. Soon, the single appeared on the English radio.

In 2010, the artist presented three EPs, which he recorded in March, May, and September. They were The Bells Sketch, CMYK, and Klavierwerke. The first one was released with Hessle Audio. The rest were created with the assistance of R&S Records.

In 2011, the artist was very busy. He recorded 2 EPs, Enough Thunder and Love What Happened Here. They were officially released in October and December. In February, James presented his first LP, James Blake. The album became very successful. It reached high spots on UK Albums Chart and U.S Heatseekers Chart. The LP also appeared on numerous European charts, bringing the artist the long-awaited international recognition. The most popular songs from the album were "Unluck", "The Wilhelm Scream", "Lindisfarne I", "Lindisfarne II", and "Limit to Your Love". The latter became a huge hit. It appeared on numerous charts in Europe. In Denmark, the single earned a gold status. After the LP’s release, many fans tried to book James Blake for their events.

In April 2013, the artist presented his next album. He called it Overgrown. The LP topped US Dance/Electronic Albums Chart. It climbed to the 8th spot of UK Albums Chart and made it into numerous European charts. This time, the singer’s album conquered the hearts of many fans in Japan and Australia. It featured such big hits as "Overgrown", "Life Round Here", "Take a Fall for Me", and "I Am Sold". The single “Retrograde” appeared on many European charts and earned a gold status in Denmark. The album itself brought James a 2013 Mercury Prize. The same year he was nominated for a Grammy Award as Best New Artist.

In 2016, Blake presented another LP, The Colour in Anything. It became popular thanks to such songs as "Radio Silence", "Love Me in Whatever Way", "Points", "Put That Away and Talk to Me", and "f.o.r.e.v.e.r.". The album climbed to the top of US Top Dance/Electronic Albums Chart. It reached the 36th spot on Billboard 200, which was a big success since the artist’s previous LPs barely edged it into the popular US chart. The album also appeared in many European charts.

In 2017 and 2018, Blake was working on such singles as "Vincent", "If the Car Beside You Moves Ahead", and "Don't Miss It". In 2018, he collaborated with many other artists. James helped record "We'll Take It" and "Still Stuff That Doesn't Happen" with Oneohtrix Point Never and ANOHNI. The artist also worked with Kendrick Lamar, Jay Rock, and Future to present “King’s Dead”.