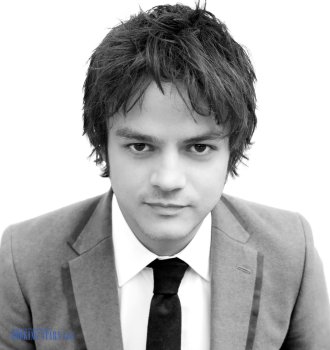 Jamie Cullum was born on August 20, 1979, in England. He is a jazz singer and songwriter, who plays guitar and the piano. Cullum is mostly known for his songs “Frontin”, “Everlasting Love”, and “I’m All Over It”. He holds several music awards, including British Jazz Award.

In 1999, Cullum recorded his first album Heard it All Before. Only 500 copies were released but it was enough to get the musician noticed. He was invited to record Geoff Gascoyne’s album Songs of the Summer.

In 2002, Cullum signed a contract with Candid Records and released his second album Pointless Nostalgic, which was more successful than the first LP and even received a golden certification in the UK.

In 2003, Jamie released his third album Twentysomething, which became a hit. It received a platinum certification, reached the third spot on the British Albums Chart and the 83rd spot on Billboard 200. By the end of 2003, Twentysomething became one of the best-selling jazz albums in the UK. The same year he received a British Jazz Award.

In 2005, Jamie recorded his fourth studio album Catching Tales. One of the songs from that album was recorded together with James’ brother Ben. The album reached the 4th spot on the UK Albums Chart and was certified golden. A year later, he recorded an album Live at Ronnie Scott’s specifically for iTunes. The same year he was nominated for a Grammy Award.

In 2009, Cullum released his fifth album The Pursuit, which was slightly less successful than the predecessors, but still was very popular in the UK and Europe and was certified golden twice.

In 2013, Cullum released another album Momentum. Jamie gave several promotional concerts for this album. The LP reached the 20th spot on the British Albums Chart and the 156th spot on Billboard 200.

In 2014, Jamie released a new album Interlude. The LP was just as popular as his previous work. It reached the 19th spot on UK Albums Chart.

In 2016, Cullum recorded a non-album single “Show Me the Magic” He continues to work on his songs, plays the guitar, and gives live concerts.