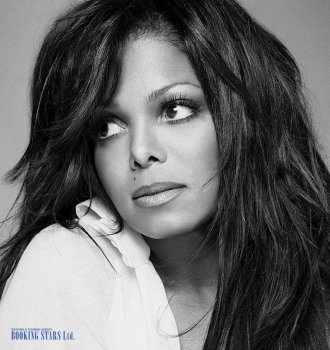 Janet Jackson was born on May 16, 1966, in Indiana, USA. She is a singer, songwriter, actress, and a dancer. Janet is mostly known for her hits “When I Think Of You”, “Let’ Wait a While”, “Love Will Never do Without You”, “Together Again”, “Doesn’t Really Matter”, and “Someone to Call My Lover”. Jackson holds numerous awards, including 12 American Music Awards, 10 Billboard Awards, and 5 Grammies.

Janet Jackson was interested in acting and singing ever since she was a teenager. She took part in TV series Fame and Different Strokes. When Janet turned 16, she was noticed by A&M, who signed her up for two albums Janet Jackson (1982) and Dream Street (1984). Both albums weren’t successful in the USA but brought Jackson some popularity in the UK.

In 1986, Janet drastically changed her image and her new album Control became extremely successful. It topped Billboard 200. Two singles from the album “When I Think Of You” and “Let’ Wait a While” got to the top positions of Billboard Hot 100.

In 1993, Janet’s next album janet became a bit hit. It topped Billboard 200 and sold over 14 million copies worldwide.

Janet Jackson released six more albums, four of which topped Billboard 200. Each one of them received either platinum or golden certifications. Her latest album to date Unbreakable (2015) was very popular in both the USA and UK.

Janet Jackson works with various music genres. She is a well-rounded artist that tried many different occupations, including dancing and acting. No matter how many times Janet changed her lyrical focus, her songs became the greatest hits. In her songs, she concentrates on various viral themes, including sex and racism. Janet gives live concerts all over the world and they are mostly sold out. She still writes, performs, dances, and acts.