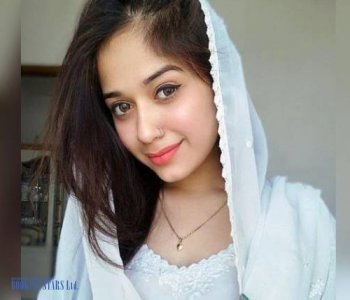 Jannat Zubair Rahmani is an Indian film and television actress who began her acting career in 2010 with TV series Dill Mill Gayye and gained mainstream recognition after appearing on Colors TV's drama series Phulwa in 2011 where she played the lead. The child artist has also received the Indian Telly Award in 2011 for best child actor for her performance on the show. Jannat is also a highly popular TikTok star.

Jannat Zubair Rahmani was born on 29 August, 2002, in Mumbai, India. She was born to Nazneen Rahmani and Zubair Ahmad Rahmani and belongs to a Muslim family. Her father, Zubair Ahmad Rahmani, is also an actor. Jannat also has a younger brother named Ayaan Zubair Rahmani. Just like Jannat, her brother is also passionate about acting and is also a child artist by profession. Ayaan made his acting debut with the 2013 TV series Jodha Akbar and was also nominated for Zee Rishtey Award for Favourite Nanhe-Natkhat Sadasya.

Jannat Zubair is pretty uptight when it comes to her personal life and prefers to keep her personal details confidential. And while it has not been confirmed, there were rumours of Jannat dating fellow TikTok star Faisal Shaikh aka Faisu after the duo shot for a music video together. The speculations only gained momentum after Jannat had shared a photo with Faisal on her Instagram. However, the actress later squashed all the speculations as she cleared the air on one of her Instagram stories. She also requested her fans to stop making assumptions simply based on a photo.

Jannat Zubair is one of the most promising stars who is living a luxurious life. According to several reports, her current net worth is an estimated $1 million (which comes to approximately ₹7.12 crores). And with her rising fame in the entertainment business, it is likely that her net worth will only go higher in years to come.

Since making her professional acting career debut with the TV series Dill Mill Gayye, Jannat has gone on to feature in an array of TV serials. The actor gained huge popularity after her role as a young Phool Kanwar in the 2013 biography series Bharat Ka Veer Putra–Maharana Pratap and as Pankti Sharma in the 2017 romantic-drama TV show Tu Aashiqui. She has appeared in more than 20 television series till date and has also made guest appearances on a number of shows for Colors TV.

Jannat Zubari made her Bollywood debut in 2018 when she appeared in the 2018 Rani Mukerji starrer Hichki. The talented actor played the role of Natasha in the comedy-drama film and featured as one of Rani Mukerji's students. Jannat is also the recipient of Best Youngest Actress in Mumbai Achiever Awards.
Jannat Zubair boasts of a massive following across her social media handles. The actor currently has over 13.5 million followers on her Instagram. She uses the photo sharing platform to inspire her league of fans with her sense of style and fashion. The actor makes sure to keep them updated about all her ventures.

While Jannat has already been acclaimed for her acting talent, she also has a passion for making dance videos on TikTok for her fans. The multi-talented artist is one of the most famous Indian TikTok stars right now with a huge following on the video sharing platform. She has a total of 20.4 million followers on her TikTok handle with a staggering 477.4 million hearts.

Besides her acting and dance career, Jannat Zubair has also been featured in a number of music albums since 2018. Some of her working credits include Kaise Main, Zindagi Di Paudi, Tere Bina, Ishq Farzi, Bhaiyya G, Naino Tale, Frooty Lagdi Hai, and Fake Style.