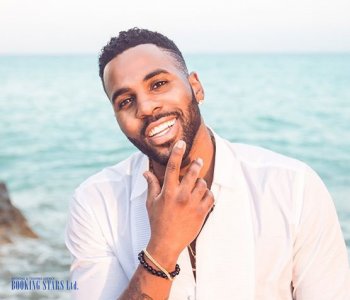 Jason Derulo is an American singer, songwriter and dancer who has sold more than 30 million singles and 11 platinum singles, including “Wiggle,” “Talk Dirty” and “In My Head.” As of July 2020, he has more than 56 million combined followers on all his social media platforms.

Jason Joel Desrouleaux, better known by his stage name Jason Derulo, was born September 21, 1989 in Miramar, Florida, USA to Haitian parents. Jason started singing at a young age and attended performing arts school in Florida. He wrote his first song at the age of 8 years old.

Jason’s career took off in high school, when he got his first big break by writing the song “Bossy” for New Orleans rapper Birdman. He also guest starred on the song.

The rapper started off his professional career by writing music for a number of notable musicians, including Diddy, Danity Kane, Sean Kingston, Cassie and Lil Wayne. In addition, Jason spent time acting in semi-professional musicals.

In 2006, Jason was discovered by music producers when he won the show “Showtime at the Apollo” and he signed with Beluga Heights Records and Warner Bros. Records. His debut single, “Whatcha Say,” which heavily sampled an Imogen Heap song named “Hide and Seek,” hit number one on the charts in 2009.

The singer’s second album was released in 2011 and once again topped national and international charts. The following year, Jason made an appearance on American Idol announcing that fans would help him write the lyrics to his new song “Undefeated,” in partnership with Coca-Cola and American Idol.

Jason’s third album, “Tattoos,” was released in 2013 and one of the singles, “Talk Dirty to Me,” became an instant hit. In 2015, the artist’s fourth studio album, “Want You to Want Me,” was released.

Come May 2020, Jason confirmed that he had left his record label Warner Bros. Records due to creative differences. The departure meant that he would not be releasing his latest album, 2Sides, but Jason said new music will still be coming in the future.

Jason has been seen on TV a number of times as well. In addition to “American Idol,” Jason was a guest judge on the 12th season of “So You Think You Can Dance.” He’s guest starred in the Fox show “Lethal Weapon” as well.

The artist also starred as Rum Tum Tugger in the 2019 film version of the musical “Cats.” He will star as the Isley Brothers frontman Ron in the upcoming movie biography “Spinning Gold.”

The singer has faced some controversy, as well. In 2020, he received some backlash for releasing the song “Savage Love” without clearing and properly attributing the sample, a viral TikTok song by Jawsh 685. The issue was later resolved and Jason attributed the artist on the track title; the song went viral on TikTok and got him his fifth number one hit in the UK.

Since joining TikTok, Jason has become one of the most-followed personalities on the platform, and one of the most popular traditional celebrities to make the shift to the viral video app.

The rapper has been nominated for dozens of awards. Of those nominations, he has won several Teen Choice Awards.

For a period of time, Jason was dating fellow pop star Jordin Sparks. Their relationship ended in 2014.