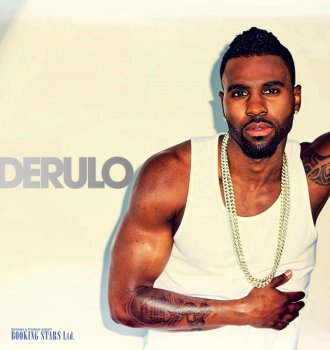 Jason Derulo was born on September 21, 1989, in Florida. He is a singer, a songwriter, an actor and a dancer mostly famous for such songs as “Whatcha Say”, “In My Head”, and “Talk Dirty”. He holds numerous Teen Choice Awards.

When Derulo (real name Jason Joel Desrouleaux) was 5 years old, he already performed in a local play. When he was eight, Jason wrote his first song “Crush On You”. In the early childhood, he was inspired by Michael Jackson and tried to copy his idol’s dancing move and performance manner. A little later, he switched to Justin Timberlake and Usher.

Jason studied at Dillard Center for the Arts and graduated from American Musical and Dramatic Academy in New York. When he was just 12 years old, he already met his future manager Frank Harris. At 16, Derulo already wrote songs for such artists as Diddy, Donnie Klang, Cassie, and more.

In 2006, Derulo won a contest on a popular TV show Apollo and signed a contract with J.R.Totem, which resulted in a contract with Beluga Height Records and Warner Bros. Records. The same year, Derulo wrote a single “Bossy”, which was performed by Birdman. This was his first step to real fame.

In 2009, Jason released his debut single “Watcha Say”, which was a big hit. It topped Billboard Hot 100 and was certified platinum several times.

In 2010, Derulo released his first studio album Jason Derulo. The LP reached the 11th spot on Billboard 200 and the 8th spot on the UK Singles Chart. In the USA, it sold 315,000 copies and received several platinum and golden certifications. After the release, Jason gave several promotional concerts and took part in one of the Lady Gaga performances.

In 2011, Derulo released his second studio album Future History, which was slightly less popular than the first LP. However, it reached the 7th spot on the UK Albums Chart and was certified gold three times.

James released two more albums, the latest to date being Everything is 4 (2015). The album reached the 4th spot on Billboard 200. One of the singles from that album “Want to Want Me” became a big hit. Derulo continues to write new songs and performs live.