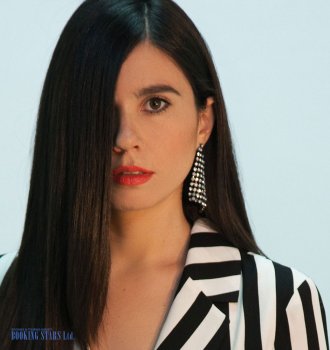 Javiera Alejandra Mena Carrasco was born in Santiago, Chili on 3 July 1983. She is considered one of the main representative of the new movement in the Latin pop-music industry. When she was a young girl, Javiera sang in a church choir.

When Mena turned 17, she enrolled in the Chili University to study music. Javiera gave her first concert in one of the classrooms. She was always ready to participate in all events that had anything to do with music.

Between 2002 and 2005, Javiera performed in Santiago with Chilean musicians Rosario Blefari and Maria Fernanda Aldana and the bands Suarez and El Otro Yo. She also got a chance to perform with the American rock group L’Altra. At the same time, the young woman experimented with different musical instruments, from guitar to the piano. She worked with acoustic, electronic music and Latin rhythms. Javiera collaborated with popular Chilean artists, such as Congelador and Termita.

In 2005, Javiera and Francisco Villela created a duo called Prissa. However, it fell apart pretty fast.

In 2006, Mena released her first album Esquemas Juveniles after signing a deal with Quemasucabeza. She also recorded a soundtrack to Alberto Fuguet’s movie Se arrienda. The LP brought Javiera an APES award. It allowed the singer to earn worldwide popularity. She became famous all over Latin America. The lead single from the LP made it to the 61st spot of the Chili charts.

In 2007, Javiera performed at the international music festival EIMA. Then she went on a tour, where she sang with such artists as Holden, Gepe, and The Married Monk.

In 2008, Mena recorded the single “Sol de invierno”. It was very popular in Mexico. Javiera was invited to the Mexican festival Vive Latino. She also got an offer from Julieta Venegas to sing the song “De Mi Passos” during her tour.

In 2010, Javiera released her second album Mena. The songs from the album were popular in several counties, including Mexico, USA, and Spain. The popularity was growing. Many planners were hoping to book Javiera Mena for their events but only a few succeeded.

In 2011, Javiera toured Spain and came back in October to perform at the Corona Capital music festival. In the end of the year, she went to Chili to work with Miami Horror.

In 2012, Mena recorded a soundtrack to the movie Joven y alocada and went on a Mexico tour. Then she left for Spain. In August, she recorded a hit single “Luz de piedra de luna.”

In 2013, Javiera released a single “Espada”, which was a big hit. A year later, she recorded her third LP Otra Era. A single with the same title was nominated for a Latin Grammy Award as the Best Alternative Song.

Mena attends all the major music events in the Spanish-speaking music world, including Vive Latino, Lollapalooza Chile, Personal Fest, and Primavera Sound. The number of her fans seems to grow exponentially. She records new songs and performs all over the world. 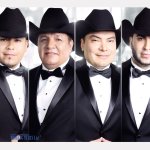