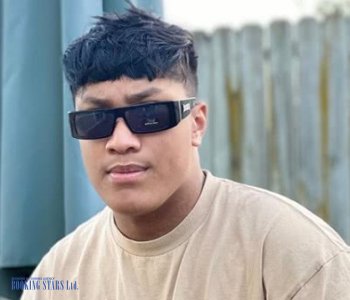 New Zealand-based beatmaker Jawsh 685 shot to sudden international success when one of his sunny, laid-back instrumentals, known as "siren jams," became a viral hit. His 2019 production "Laxed (Siren Beat)" unexpectedly caught on, becoming the basis for a trend of online dance videos, and pop star Jason Derulo incorporated the track into his chart-topping 2020 hit "Savage Love."

Born in South Auckland, Joshua Nanai is half Samoan and half Cook Islander. He began making beats in high school, taking the name Jawsh 685 in reference to Samoa's calling code. His tracks reflect the New Zealand/Pasifika trend of "siren jams," which are midtempo reggaeton-like beats created to play through siren speakers attached to cars or bikes. He uploaded several tracks in 2019, but it was "Laxed (Siren Beat)," created in about four hours one afternoon following school, that took off. The beat became the basis for a "Culture Dance" trend, in which users dance to the track, changing from their everyday clothes to their national dress. "Laxed (Siren Beat)" was officially released to online platforms in April 2020, and Jawsh signed with Columbia Records the following month.

The producer had been in talks with multiple artists, including Jason Derulo, about releasing a vocal version of the track. Before anything was officially cleared, however, Derulo teased a song called "Savage Love" that was based on Jawsh's production, but didn't give him proper credit. The two put aside their differences, and Derulo's song was released as "Savage Love (Laxed - Siren Beat)," with Jawsh 685 co-credited as the artist and listed as the track's sole producer. The song became a worldwide smash, reaching the top spot in 12 countries, and charting in dozens of others.

How much does it cost to book Jawsh 685:
Price inquiry
Jawsh 685 booking agent:
Contact agent
Jawsh 685 Contacts:
Send Jawsh 685 a message
« previous next »