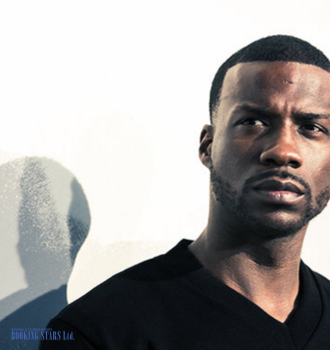 Jay Rock’s real name is Johnny Reed McKinzie, Jr. He was born on 31 March 1985 in Los Angeles. Not much information is available about his childhood. During the teenage years, Johnny enjoyed music but spent the majority of free time on the streets with criminals. He was arrested twice and barely avoided jail time. The aspiring rapper was part of the Hunter Blood Gang. It’s surprising the McKinzie managed to graduate from high school.

In the interviews, the rapper says that the life on the streets pushed him in the direction of rap. It was prestigious to write lyrics and read rap among his friends. Besides, the type of life he led in his teenage years helped Johnny come up with deep and realistic texts.

Jay Rock began his career in 2005. At that time, he signed a contract with Top Dawg Entertainment but later switched to Asylum Records. For some time, Johnny worked with the band Black Hippy. Besides him, the lineup included Kendrick Lamar, Ab-Soul, and Schoolboy Q. Rock acquired a priceless performance experience and then decided to pursue a solo career.

Between 2006 and 2009, the artist released eight mixtapes. He worked with different artists to earn popularity. However, none of the albums managed to make it into the charts. The rapper didn’t give up and continued recording new songs.

The fame finally came to the singer in 2008 when he released a single "All My Life (In the Ghetto)" together with Lil Wayne and will.i.am. The song climbed to the 10th spot of Bubbling Under R&B/Hip-Hop Singles, which was a great achievement for a young artist. In 2009, the song became one of iTunes's Free Downloads. Many fans and organizers tried to book Jay Rock for their private events at the time.

In 2010, the artist released two more mixtapes, From Hood Tales to the Cover of XXL and Black Friday. The latter was recorded with Kendrick Lamar, Schoolboy Q, and Ab-Soul.

The year 2011 was highly successful for the artist. He presented a promotional single to his debut album. “Hood Gone Love It” was recorded with Kendrick Lamar. It settled on the 18th spot of Bubbling Under R&B/Hip-Hop Singles and brought the artist numerous new fans. The depth and quality of Rock’s lyrics made him different from the competition.

In July 2011, the rapper released his debut LP, Follow Me Home. It featured his previous two singles, which were already hits, as well as other popular songs, "Code Red", "No Joke", "Bout That", "Westside". The album’s guests were Lil Wayne, Tech N9ne, will.i.am, Chris Brown, Kendrick Lamar, and Rick Ross. The album appeared on the 83rd spot of Billboard 200, came in 14th on Independent Albums Chart and climbed to the 10th spot of Top Rap Albums Chart.

In September 2015, the artist recorded his second LP after coming back to Top Dawg Entertainment. He called it 90059. It topped Top Rap Albums Chart, climbed to the 2nd spot of Top R&B/Hip-Hop Albums and came in 16th on Billboard 200. The album helped the rapper become an international star. It appeared on Finish and Belgian charts as well. The single “Money Trees Duece” became a hit.

In February 2018, together with Kendrick Lamar, Future, and James Blake, Jay recorded a single “King’s Dead” for the blockbuster movie Black Panther.