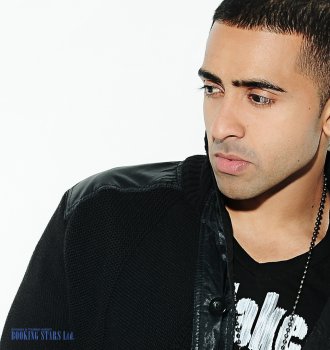 Kamaljit Singh Jhooti was born on 26 March 1981 in London. When he was 11 years old, Jhooti and his cousin created a hip-hop duo, which they called “Compulsive Disorder.” Joohti performed under the pseudonym MC “Nicky J,” where “J” was the first letter of his last name. Eventually, his friends started calling him Jay. After some time, Jhooti has chosen another pseudonym, Jay Sean. Jay was the nickname and “Sean” came from the Indian word Shaan, which means “pride”. Jay’s grandma called him Shaan when he was young. Sean was recording songs but didn’t gain sufficient popularity to sign a contract with a recording label.

In 2003, one of Jay’s songs made its way into the hands of the producer Rishi Rich, who really liked the performance. Rich created Rishi Rich Project, to which he invited Sean and Juggy D. The first successful song recorded by the trio was "Dance with You (Nachna Tere Naal)". It reached the 12th spot on the UK Singles Chart. The single helped Sean sign a contract with Virgin Records. Jay’s first solo track "Eyes on You" came out in 2004 and immediately climbed the 6th spot on the UK Singles Chart. Sean’s third single “Stolen” made it to the 4th spot. The same year Sean released his debut studio album Me Against Myself. The critics approved and commended Sean’s work for his creative mix of the modern R&B, British hip-hop, and Indian music.

Soon Jay bid farewell to Virgin Records and continued working on his second album, the leading single of which was supposed to be "Deal With It" However, the song was eventually given to Corbin Bleu and Jay Sean was named a featured artist. The song brought Jay a BMI Songwriter Award. At the end of 2007, Jay released the first single, "Ride It", from his upcoming 2nd LP My Own Way. The album came out in 2008 and debuted on the 6th spot of UK Albums Chart. Two songs from the LP, "Ride It" and "Maybe", made it into the UK Top 20 Singles.

In October 2008, Sean signed a contract with an American label Cash Money Records. His American debut was a single "Down", which immediately topped Billboard Hot 100. More than 6 million copies of the song were sold worldwide in just one year. Fans from the US were hoping to book Jay Sean for their private events.

In 2009, Sean released his next LP All or Nothing, which was less popular than his previous work, reaching the 62nd spot of UK Albums Chart and the 37th spot on Billboard 200. Sean earned big popularity in Japan, where the LP made it to the 11th spot of the charts. In 2011, Sean released his first mixtape The Mistress. Jay had big hopes for his fourth album Neon, which came out in July 2013. But the LP fared worse than the 3rd album.

In July 2014, Jay released his second mixtape The Mistress II. In February 2016, Jay released a single “Make My Love Go”, which was a hit, reaching the 49th spot on the UK Singles Chart and earning a silver certification.