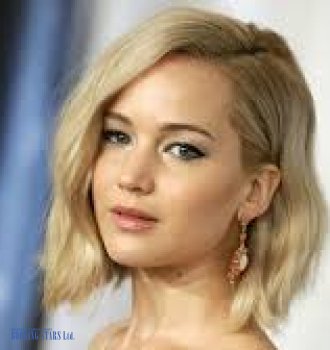 Jennifer Shrader Lawrence was born on 15 August 1990 in Kentucky. She liked acting since childhood. When Lawrence turned 14, she decided to become a professional actress and asked her parents to find an agent. The family moved to New York, where the aspiring actress was chosen for an advertising campaign of Abercrombie & Fitch.

In the next two years, Lawrence worked on several advertising campaigns, auditioned in different agencies, received her high school diploma, and moved to Los Angeles. Finally, she got her first important role. The beginning of Lawrence’s career was marked by two roles in the TV series Company Town and Monk. Then she went on to work on other TV projects, including Medium and Cold Case.

In 2007, Lawrence landed a role in the TV series The Bill Engvall Show, which she worked on until 2009.

In 2008, Jennifer finally appeared in a full-length movie Garden House. The same year, she landed her first leading role in the drama The Poker House. The movie received many positive reviews from the critics and brought Lawrence an award at the LA Film Festival in 2008.

Lawrence went on to work on two more movies, a Jody Foster’s black comedy The Beaver, where she performed alongside Mel Gibson and a low-budget film Winter’s Bone. For the role in Winter’s bone, in which Jennifer played a 17-year-old girl, who cared for her younger siblings, Lawrence earned her first Academy Award, Golden Globe, and Screen Actors Guild nominations. However, she didn’t win any of them.

In 2011, Lawrence snagged a life-changing role in the superhero film X-Men: First Class. It was her first high-budget project. The young actress played Mystique. The role brought her Teen Choice and People’s Choice award nominations.

At the moment the most successful projects in Lawrence’s career are considered to be a fantasy action film The Hunger Games and a comedy Silver Linings Playbook. For the leading role in the latter movie, Jennifer received her first Academy Award.

By the time Lawrence turned 22, she already had an Academy Award and reached the second spot on the Forbes list of the highest paid actors in Hollywood. The first place belonged to Angelina Jolie.

In 2013, Jennifer appeared in a crime drama American Hustle. She again was nominated for an Academy Award as The Best Supporting Actress. The movie brought her several awards, including a Golden Globe.

In 2015, the leading role in David O. Russel’s movie Joy brought Lawrence another Golden Globe Award as The Best Actress - Musical or Comedy and another Academy Award nomination. Jennifer became the youngest actress in history to be nominated for four Academy Awards.

In 2016, Jennifer worked on the horror film Mother!, in which she had a starring role. The movie came out in 2017. Even though the film received many positive reviews, Lawrence was nominated for the Golden Raspberry Award as the Worst Actress.

In 2018, Lawrence’s fans are eagerly awaiting the next part of the X-men saga, X-Men: Dark Phoenix, where Jennifer will come back as Mystique.