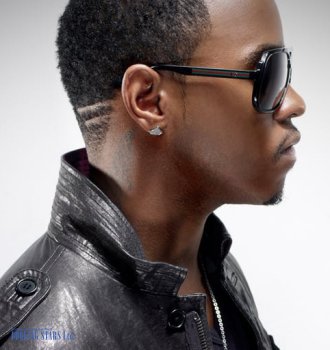 Jeremih’s full name is Jeremih Felton. He was born on 17 July 1987 in Chicago. Jeremih grew up in a musical family. His talent started to shine through when he was just 3 years old. The boy couldn’t understand sheet music yet and played it intuitively. In a very short period, Jeremih learned to play sax, piano, bass guitar, and drums.

While studying at Morgan Park High School, Felton played in the orchestra. However, his strive for a music career didn’t interfere with his studies. He was an excellent student, who even earned several academic awards. Jeremih graduated from high school a year earlier than should have. Then he enrolled in Parkland College to study engineering. However, half a year later, he realized that engineering wasn't his calling. Jeremih went to Columbia College to study music. While studying, Felton tried hard to learn all the nuances of the music industry. He had a reputation of a local Casanova and often found himself in some unpleasant situations.

Felton’s debut as the music star happened when he was in still in college. In 2008, together with a producer Mick Shultz, he recorded a single “My Ride”. However, the real fame came in 2009, when the young man presented another single “Birthday Sex” with Def Jam label. It climbed to the 4th spot of Billboard Hot 100.

The year 2009 was successful for Jeremih, who released his first studio LP, Jeremih, which featured “Birthday Sex”. It reached the 6th spot of Billboard 200 and sold 59,000 copies a week after the release. The album was promoted by such hip-hop celebrities as Lil Wayne, Young Jeezy, and Soulja Boy, who went with Jeremih on his USA tour. Another single from the album, "Imma Star (Everywhere We Are), appeared on the 51st spot of Billboard Hot 100 and earned a gold status.

A year later, the musician released his second LP, All About You. The album quickly became popular. It climbed to the 27th spot of Billboard 200 and settled on the 8th position of Top R&B/Hip-Hop Albums Chart. A week after its release in the USA, the LP sold 186,000 copies. It featured such hits as "I Like" and "Down on Me". Both appeared on the popular charts. The latter received 4 platinum certifications in the USA. At that time, many fans wanted to book Jeremih for private events.

The musician’s third album came out 5 years later, in 2015, under the name of Late Nights, even though its release was announced back in 2012. The LP was recorded with the assistance of such famous rappers as 50 Cent, Alicia Keys, T.I., Missy Elliott, Busta Rhymes, French Montana, and Diddy. The album reached the 42nd spot on Billboard 200 and came in 9th on US Top R&B/Hip-Hop Albums. The LP also entered the top-10 of the Netherlands chart. It featured such hits as "Don't Tell 'Em" and "Planez". The latter climbed to the 44th spot of Billboard Hot 100 and received a platinum certification.

In September 2018, the musician released his new album, MihTy. Its ratings are not known yet but considering the artist’s reputation, it’s expected to be very popular.