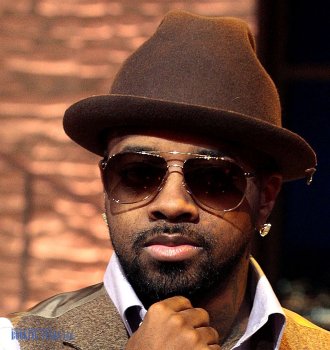 Jermaine Dupri Mauldin was born on 23 September 1972 in Atlanta, Georgia. He grew up in a family of musicians. His father used to be the executive of Columbia Records. Jermaine was 9 years old when his father arranged the first public performance for him. He danced on stage with Diana Ross in 1982. The audience loved his style. When Jermaine was 12, the future rapper got an opportunity to dance with Whodini. He became famous due to his dancing moves in a music video for "Freaks Come Out At Night". Later, Mauldin collaborated with Herbie Hancock for several dance projects. He also attended the New York Fresh Festival, where he performed on one stage with Run-D.M.C., Whodini, and Grandmaster Flash.

Jermaine began his music career at 18. He formed his own hip-hop band Silk Tymes Leather. Besides him, the lineup included Kris Kross (a duo consisting of Chris Kelly and Chris Smith). The band’s first album was called Totally Krossed Out. It officially came out in 1992. The LP was recorded with the assistance of Ruffhouse Records and Columbia Records. It featured such popular songs as "I Missed the Bus", "It's a Shame", "Jump", and "Warm It Up".

With his father’s help, in 1993, Dupri created his own label So So Def. He worked as a producer on Xscape’s album, Hummin' Comin' at 'Cha. The next year, he helped Kris Kross release their new album Funkdafied, which later became platinum.

In 1995, together with Mariah Carey, Dupri recorded "Always Be My Baby”. A year later, he assisted Lil’ Kim with the recording of “Not Tonight”. The single later appeared in her album, Hard Core.

In 1998, the artist released his first LP. He called it Life in 1472. The album brought Dupri a Grammy nomination for Best Rap Album. One of the singles featured in it, "Money Ain't a Thang", earned a Grammy Award nomination for Best Rap Performance by a Duo or Group. Jermaine recorded the single with a famous rapper Jay-Z. Other guests of the album were Nas, Madd Rapper, DMX, Slick Rick, Mariah Carey, 8Ball, Too $hort, Mr. Black & YoungBloodZ, Mase, Lil' Kim, Snoop Dogg, R.O.C., and Warren G. The following songs became hits, ", "Sweetheart", "The Party Continues", and "Jazzy Hoes". The LP topped US Top R&B/Hip-Hop Albums Chart, came in third on Billboard 200 and appeared on the 20th position Top Canadian Album’s chart.

In 2001, Dupri presented another LP, Instructions. It came in third on US Top R&B/Hip-Hop Albums Chart and settled on the 15th position of Billboard 200. The popular songs featured in the LP were “Welcome to Atlanta", "Money, Hoes & Power", "Get Some", "Ballin' Out Of Control", and "Rules Of The Game". After the release, many fans tried to book Jermaine Dupri for their events.

In 2005, Dupri released a compilation album produced by his label. Young, Fly & Flashy, Vol. 1 reached the 43rd spot on Billboard 200 and settled on the 12th position of US Top R&B/Hip-Hop Albums Chart. Singles "Gotta Getcha" and "I Think They Like Me” became hits.

In 2006, the artist was nominated for two Grammy Awards for the single “We Belong Together”. He won the prize in the Best R&B Song category.

In 2007 and 2018, Dupri recorded two more compilation LPs, Y'all Know What This Is...The Hits and Jermaine Dupri Presents... So So Def 25 accordingly. Both were produced by his own label. Between 2007 and 2018, the singer didn’t release any albums since he was busy with his career as a producer.

Even though Dupri is still very busy with his production work, the singer finds time to record new songs and perform live.