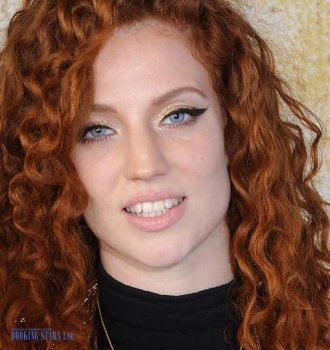 Jess Glynne is the singer’s real name, which she decided not to change for her music career. Initially, the last name sounded like Goldstein but Jess’s grandfather decided to change it to Glynne. The full name “Jessica” was shortened to “Jess”. The artist was born in the northern part of London on 20 October 1989. Her father was a real estate engine. Her mom worked in the music industry.

Jess was interested in music since childhood. When she was 15, Glynne decided to audition for the popular music talent show X-Factor. However, she never made it into the show due to some disagreements with the producers. This incident didn’t stop the singer from following her dream. She combined her music studies with school and work. For some time, Glynne worked in a hair salon, clothing store, and a fitness center.

Glynne loved to travel and had the money to do it. Before her career took off, she visited many countries. After taking breaks, the young woman vigorously wrote lyrics. She also gained some experience working in the recording studio. It took Jessica four years to finally become visible in the competitive music industry.

In 2003, the artist signed a contract with Atlantic Records, and her life has changed dramatically. Glynne left her day job. At that time, Jess collaborated with other artists, such as Route 94. The single “My Love”, which they recorded together, was banned in England. She also worked with Clean Bandit on “Rather Be” and Tinie Tempah on “Not Letting Go”. All these songs were well-received by critics and reached high spots on the charts.

In 2014, Jess recorded her debut single “Right Here”. It reached the 6th spot on the UK Singles Chart. In addition, it appeared in the charts in Australia, Germany, and Ireland. Later, the song earned a gold certification. At that time, many fans wanted to book Jess Glynne for their private events.

In 2015, the singer released her first studio LP, I Cry When I Laugh. To promote the album, Jess went on a tour of the UK, USA, and Canada. Singles "Right Here", "Rather Be", "Hold My Hand", "Not Letting Go", "Ain't Got Far to Go", "Don't Be So Hard on Yourself", and "Take Me Home" were very popular. The LP topped UK Albums Chart and earned three platinum certifications. It climbed the 25th spot of Billboard 200 and stayed there for 12 weeks.
The official release of the singer’s next album, Always In Between, is planned for October 2018. She already released several promotional singles, such as “I’ll Be There”. The song topped UK Singles Chart and earned a gold status in the UK.

Jess holds numerous awards and nominations. The song “Rather Be”, which she recorded together with Clean Bandit, brought her a Grammy Award as the Best Dance Recording. She also earned an Ivor Novello Award for Most Performed Work. The single brought Jess a BRIT award nomination for British Single Of The Year.

In 2018, Glynn won the Music Artist Of The Year nomination at NatWest British LGBT Awards.

Jess is actively working on new songs and music. She performs live all over the world.