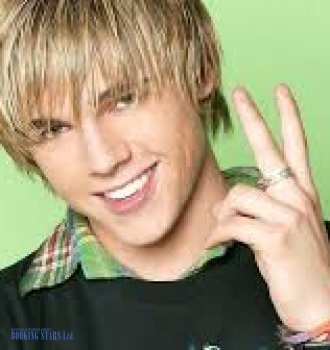 Jessy McCartney was born on April 9, 1987, in New York. He is an actor and a singer, mostly famous for his role in the TV Series All My Children and his songs “Beautiful Soul” and “Leavin’”. He holds numerous Teen Choice Awards and was nominated for a Grammy.

McCartney started his career performing on a theater stage. He played in several Broadway musicals. In 1994, he performed in Oliver. In 1995, he landed a small role in The King and I. Besides acting, Jesse has many other talents, including a marvelous voice, In the end of 1990’s he was part of the band Sugar Beats. Some time later, McCartney decided to pursue a solo career.

In 2004, Jesse released his debut single “Beautiful Soul. It reached the 16th spot on the Billboard Hot 100 and UK Singles Chart. It was certified gold and platinum. The same year, McCartney released his first album Beautiful Soul, which included such hits as “Beautiful Soul”, “Don’t You”, and “Why Don’t You Kiss Her”. By 2005, the album went platinum and Jesse’s name became popular all over the US.

In 2006, McCartney released his second album Right Where You Want Me. It was just as successful as the predecessor, entered various charts and received two golden certifications.

In 2008, Jesse released his third studio album Departure. A single from that album “How Do You Sleep” (featuring Ludacris) became a big hit. The album itself reached the 14th spot on Billboard 200.

In 2014, McCartney released his fourth album In Technicolor, which reached the 35th spot on Billboard 200.

While recording music, Jesse continued to play in such movies as Ella Enchanted: A Red Carpet Premiere Special, Alvin and the Chipmunks, Campus Life, and 88. He also had some big roles in the TV series, such as Army Wives and Young Justice. Jesse continues working on his music and acting career.