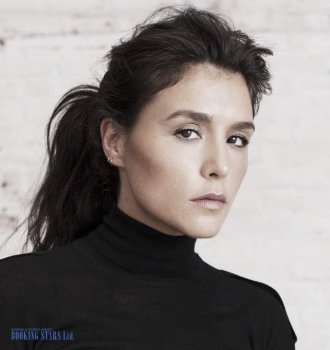 Jessica Lois Ware was born on 15 October 1984 in London. Ware graduated from the University of Sussex, where she majored in English literature. For some time after graduation, Jessica worked as a reporter. Then she decided to devote her life to music.

In 2009, Ware was a back vocalist for Jack Fabian Peñate. Together they performed in the USA. This was a great experience for Jessie, who was already thinking about a solo career. She learned how to behave in front of an audience and conquered stage fright.

In 2010, Ware and Aaron Jerome (SBTRKT) recorded an EP, Nervous. A few months later, Jessie and Sampha recorded a single, “Valentine”. Thanks to these successful collaborations, Ware landed a deal with PMR records. She continued working with other artists and helped her good friend Florence Welch record her album, Ceremonials.

In October 2011, Jessie released the first solo single “Strangest Feeling”, which didn’t become successful. In 2012, she presented the lead single from her upcoming debut album, “Running”. The single entered the UK, Belgian, and Netherlands charts. Soon Ware released her second single “110%”, which was also featured in the LP. The song was later renamed to "If You're Never Gonna Move” for its debut in the USA. The single reached the 41st spot on UK Singles Chart. The next single "Wildest Moments" appeared in June and settled on the 46th position. Even though the song didn’t get high spots on British charts, it was a hit in Belgium, Greece, and Poland.

Ware’s debut album Devotion was released in the UK in August 2011. The critics approved the LP. It debuted on the 5th spot on UK Albums Chart and entered the charts of eight other countries. In 2012, it was nominated for a Mercury Prize as "Album of the Year". Jessie also scored two nominations for MOBO Awards. The album appeared in the USA in 2013 and reached the 79th spot on Billboard 200.

In 2013, Jessica was nominated for Brit Awards as "British Female Solo Artist" and "British Breakthrough" but didn’t get the prizes. A year later, her album Devotion made it into Pitchfork’s magazine’s list of the best albums of the decade. Many fans in the UK and USA wanted to book Jessie Ware for their private events. In 2013 and 2014, Jessica toured the USA and Europe. Once she came back, the singer started working on a new album, Tough Love.

The lead single “Tough Love” appeared in the UK in April 2014. It reached the 34th spot on UK Singles Chart. The second single "Say You Love Me" was more successful and scored the 22nd spot. It also topped Polish Airplay New Chart.

Ware’s second studio LP was released in October 2014 in the UK and USA. It reached the 9th spot on the UK Albums Chart and the 50th position on Billboard 200. The LP entered eight more world charts, where it climbed to high positions. In Poland, the LP earned two platinum certifications.

In 2017, Jessie released the lead single from her upcoming album. The song called "Midnight" was a success. The third LP Glasshouse came out in October. It reached the 7th spot on UK Albums Chart and high spots in seven other countries.

In 2018, Ware was nominated for Brit Awards in the "British Female Solo Artist" category.