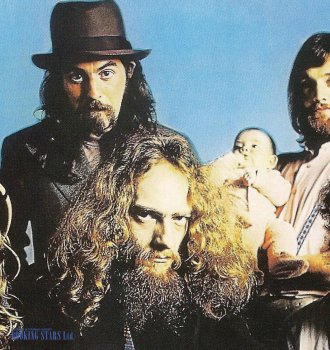 The rock band Jethro Tull was formed in 1967 in England. The final lineup included Ian Anderson, Martin Barre, John O’Hara, David Goodier, and Doane Perry. The band is mostly famous for such hits as “Living In the Past”, “The Witch’s Promise”, and “Sweet Dream”. The band holds several awards, including a Grammy.

The band was named in honor of an agriculturalist Jethro Tull, who lived over 2 centuries ago. Ian Anderson started his career with the John Even Band. Many members of that band eventually ended up becoming part of Anderson’s project Jethro Tull.

In 1967, Ian Anderson and Glenn Cornick went to London and announced that they were looking for musicians. Just a year later, the band performed at the Windsor Jazz Festival. Critics saw Anderson as the rising star of art rock. Island Records offered Anderson a 3-year contract.

In 1968, the band released their first album This Was. It reached the 62nd spot on Billboard 200 and 10th spot on UK Albums Chart. This was the only album, which was based on blues guitar music.

In 1969, the band released their first heavy art rock album Stand Up. It topped the UK Albums Chart and reached the 20th spot on Billboard 200. The LP was also popular in Germany and Norway.

Starting 1970, Jethro Tull enjoyed international popularity. With each new album, the band created deeper and more complicated songs. In 1973, the critics called the group’s work “too complicated and pretentious”. As a result, the band tried to go back to more simpler sound but managed to do it only once with the LP War Child. The album was a big hit but the old fans of the band were visibly upset. Eventually, Jethro Tull went back to their deep and philosophical sound.

The band went through several lineup changes. They released 21 studio albums, 33 singles, and 12 video albums. The band fell apart several times and got back together. In 2014, the announced the final disbanding. However, Ian Anderson still performs solo.