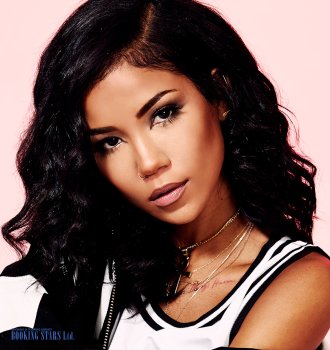 Jhené Aiko Efuru Chilombo was born on 16 March 1988 in Los Angeles. The singer has African American, German, Japanese, Dominican, Jewish, and Spanish heritage. Jhene’s parents divorced when she was rather young. Aiko and her younger sister stayed with their mother. For a long while, Jhene was homeschooled. She took private vocals lessons as well. Both Aiko and her sister Mila J became successful in the music industry.

Aiko began her music career when she was just 14 years old. In 2002, she worked with the group B2K. Later, she helped record soundtracks for the movies, Barbershop, The Master of Disguise, You Got Served, The Proud Family, and Byou.

In 2003, the singer signed a contract with Sony and recorded her debut LP, My Name Is Jhené. However, the album never came out due to disagreements between the producers. After that, the young woman went on a long break.

It took Aiko eight years to find her style, finish her education, and spend time with her family. In 2008, she gave birth to a daughter.

In 2011, the singer worked to create her own label. She produced her debut mixtape Sailing Soul(s), which came out on JheneAiko.com. It featured the guest work of such artists as Miguel, Drake, and Kanye West. The songs "The Beginning", "Popular", "Stranger", "July", and "Do Better Blues" became popular.

Jhene was working hard on becoming successful. In 2012, she signed a contract with Def Records. Soon she released a single "3:16AM". It was a highly successful song, which was later featured in Aiko’s debut EP. After that, the singer performed at the "Life Is Good/Black Rage” tour, headlined by famous American artists, Nas and Lauryn Hill. In 2013, she was an opening act for Drake’s Would You like a Tour?.

In November 2013, Jhene released her debut EP, Sail Out, which turned out to be highly successful. The album reached the 8th spot of Billboard 200 and came in second on Billboard R&B/Hip-Hop Albums Chart. A week after the release, the EP sold 34,000 copies. The most popular song in the album was “The Worst”. It brought Aiko a prestigious BET Award in 2014. In 2015, it got a Grammy nomination as Best R&B Song. The single reached the 43rd spot on Billboard Hot 100 and climbed to the 11th spot of Hot R&B/Hip-Hop Songs Chart. The album also featured one more hit “Bed Peace”, which earned a gold status from RIAA.

In September 2014, Aiko finally presented her first LP, which she called Souled Out. The album topped US Top R&B/Hip-Hop Albums Chart, came in second on UK R&B Albums Chart, and settled on the 3rd position of Billboard 200. The LP brought the singer international recognition by making it into the charts of such countries as the Netherlands, the UK, Canada, and Australia. After the release, the artist embarked on the Enter the Void Tour. At that time, many organizers tried to book Jhene Aiko for their private events.

In 2014, the singer worked with J.Cole on his Forest Hills Drive Tour and with The Weeknd on the King of the Fall Tour. Two years later, she supported Snoop Dogg and Wiz Khalifa on The High Road Summer Tour.

In 2017, Aiko presented her second LP, Trip. The guests of the album were Mali Music, Kurupt, Brandy, Big Sean, Dr. Chill, Namiko Love, Swae Lee, and Chris Brown. The single “Sativa” became platinum in the USA. The album topped US Top R&B/Hip-Hop Albums Chart and came in 5th on Billboard 200. After the release, Jhene arranged a tour with the same title.

In 2018, Jhene worked with Lana Del Rey on her LA to the Moon Tour and with Beyoncé & Jay-Z on the On the Run II Tour.

The singer is recording new songs and performing live.